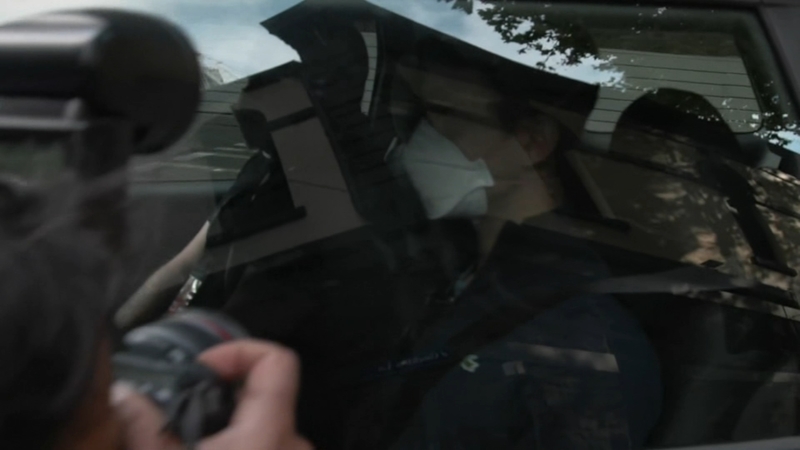 AUSTRALIA -- Tennis star Novak Djokovic has left Australia without contesting the Australian Open after losing a legal challenge against a decision revoking his visa for the second time.

Djokovic departed on an Emirates flight from Melbourne on Sunday but his ultimate destination is not yet known.

In a virtual hearing earlier on Sunday, three Federal Court judges unanimously dismissed Djokovic's application to overturn the immigration minister's decision to cancel his visa, but did not publish reasons for the ruling.

The world No. 1 was scheduled to play Monday night in the Australian Open in Melbourne, where he had hoped to win a record-breaking 21st men's grand slam title.

The high-profile, off-the-court saga pitting one of tennis's biggest stars against Australia's government and public health officials has overshadowed the lead-up to the year's first tennis grand slam.

In a statement, Djokovic said he was "extremely disappointed" by the decision and would co-operate with authorities in relation to his departure from the country.

"I am uncomfortable that the focus of the past weeks has been on me and I hope that we can all now focus on the game and tournament I love," the statement added.

"I would like to wish the players, tournament officials, staff, volunteers and fans all the best for the tournament."

Australia has previously had some of the toughest border policies in the world to keep out Covid-19. Hawke said those rules had kept Australians "safe" during the pandemic and were "fundamental" in "safe-guarding Australia's social cohesion."

"Australians have made great sacrifices to get to this point," the statement said.

Australian Prime Minister Scott Morrison echoed his message in a statement to the media.

"This cancellation decision was made on health, safety and good order grounds, on the basis that it was in the public interest to do so. I welcome the decision to keep our borders strong and keep Australians safe," he said.

"I thank the Court for their prompt attention to these issues and the patience of all involved as we have worked to resolve this issue. It's now time to get on with the Australian Open and get back to enjoying tennis over the summer."

Although Covid-19 cases are rising in Australia, the country has a high rate of vaccination and its death toll from Covid-19 remains relatively low compared to other countries.

Last week the country surpassed 1 million Covid cases over the entire pandemic -- but more than half of those were in the last two weeks.

What happened in court

The 34-year-old Serbian tennis star challenged the immigration minister's decision on three grounds, including that the minister failed to properly consider the consequences of canceling his visa.

Djokovic's barrister Nick Wood said Hawke's decision was "irrational" as the minister had failed to consider that the act itself could galvanize anti-vaxxers -- the very thing the government wanted to prevent.

But Stephen Lloyd, the lawyer for Hawke, said under Australia's Migration Law the minister didn't need to prove Djokovic was a risk to public health, just that he "might" be.

He said Djokovic's anti-vax attitudes were apparent by his failure to be vaccinated, despite having an opportunity to do so before arriving in Australia.

He added that the perception that Djokovic opposed vaccination was enough to risk inciting anti-vaxxers in the country, and that the tennis star's apparent disregard for Covid-19 rules meant there was a risk others would emulate his actions and ignore public health orders.

Tennis Australia, the national governing body for tennis and organizer of the Australian Open tournament, said it "respects the decision of the Federal Court" regarding Djokovic's visa.

Djokovic has been replaced in the draw by Italian Salvatore Caruso, who will face Serbian player Miomir Kecmanovi.

The ATP described the decision to uphold the cancellation of Djokovic's visa as "the end of a deeply regrettable series of events" and said his absence from the Australian Open was "a loss for the game."

The saga began nearly two weeks ago, when Djokovic's visa was first revoked shortly after his arrival on January 5.

Under current Australian laws, all international arrivals are required to be vaccinated against Covid-19 -- which Djokovic is not -- unless they have a medical exemption.

Djokovic said he was under the impression he could enter because two independent panels associated with Tennis Australia and the Victorian state government had granted him an exemption on the grounds that he had been infected with Covid-19 in December.

The federal government argued that, under its rules, previous infection with Covid-19 is not a valid reason for an exemption.

On his arrival in Australia, Djokovic was taken to the Park Hotel in Melbourne, which is also used as a detention center for refugees, while lawyers prepared a case to overturn the decision.

On Monday, Judge Anthony Kelly ruled that border officers had been "unreasonable" when they canceled his initial visa to enter Australia and ordered Djokovic to be freed from immigration detention.

Djokovic's visa was revoked for the second time on Friday by Hawke, but the government agreed not to deport the tennis star over the weekend before his case had concluded.