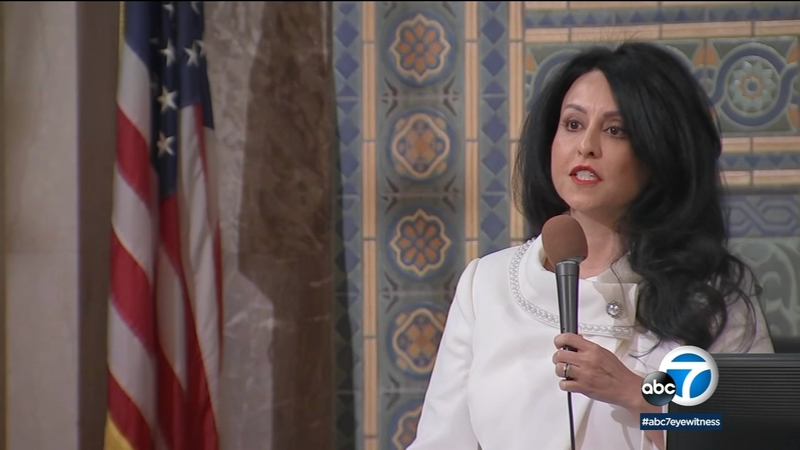 Nury Martinez presided over her first meeting as city council president, making her the first Latina to hold that position.

Martinez says she is ready to tackle the tremendous challenges ahead.

Martinez is the daughter of Mexican immigrants and was born and raised in the San Fernando Valley.

In December, Martinez made history, when her peers elected her as council president.

Martinez is expected to focus much of her efforts on family first initiatives.

She helped lead the charge to raise the minimum wage to $15 an hour and says working families are her biggest priority.

"Our children depend on us and their future is in jeopardy. Many of our children are falling through the cracks by no fault of their own. These kids and their families are struggling every single day to make ends meet," said Martinez.

Martinez is only the second woman elected council president. Pat Russell was the first.