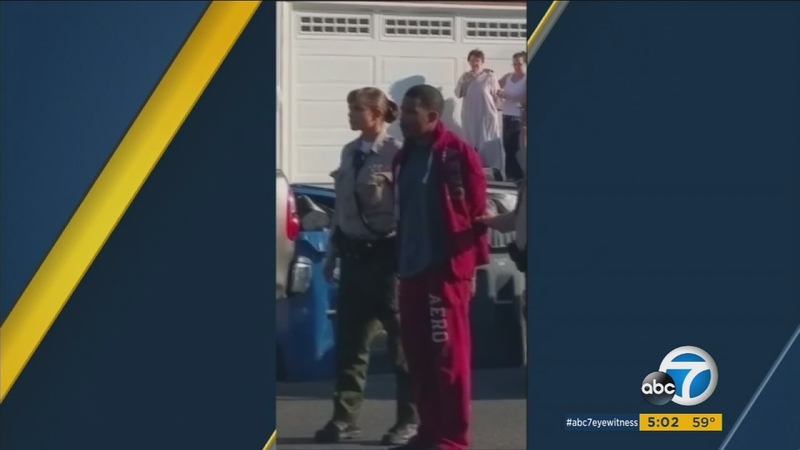 LAKEWOOD, Calif. (KABC) -- An elderly woman was beaten and robbed during a Lakewood home invasion on New Year's Day, according to the Los Angeles County Sheriff's Department.

Deputies said the home invasion happened at a house in the 4800 block of Obispo Avenue at about 2 p.m. on Friday.

The 89-year-old woman was home alone when a burglar broke in and assaulted her, officials said.

The sheriff's department said the suspect, believed to be 18, beat the woman then ransacked her home before running from the scene.

Witnesses said they spotted a man walking down the street with a crowbar and a purse. Deputies later located the man, and neighbors said the victim positively identified him.

The sheriff's department said it believes the robbery was random in nature and that the suspect also broke into the home next door and stole money and jewelry.

The man was taken into custody and deputies said he faces several charges.

The victim was taken to the hospital with concussion symptoms and injuries to her face.