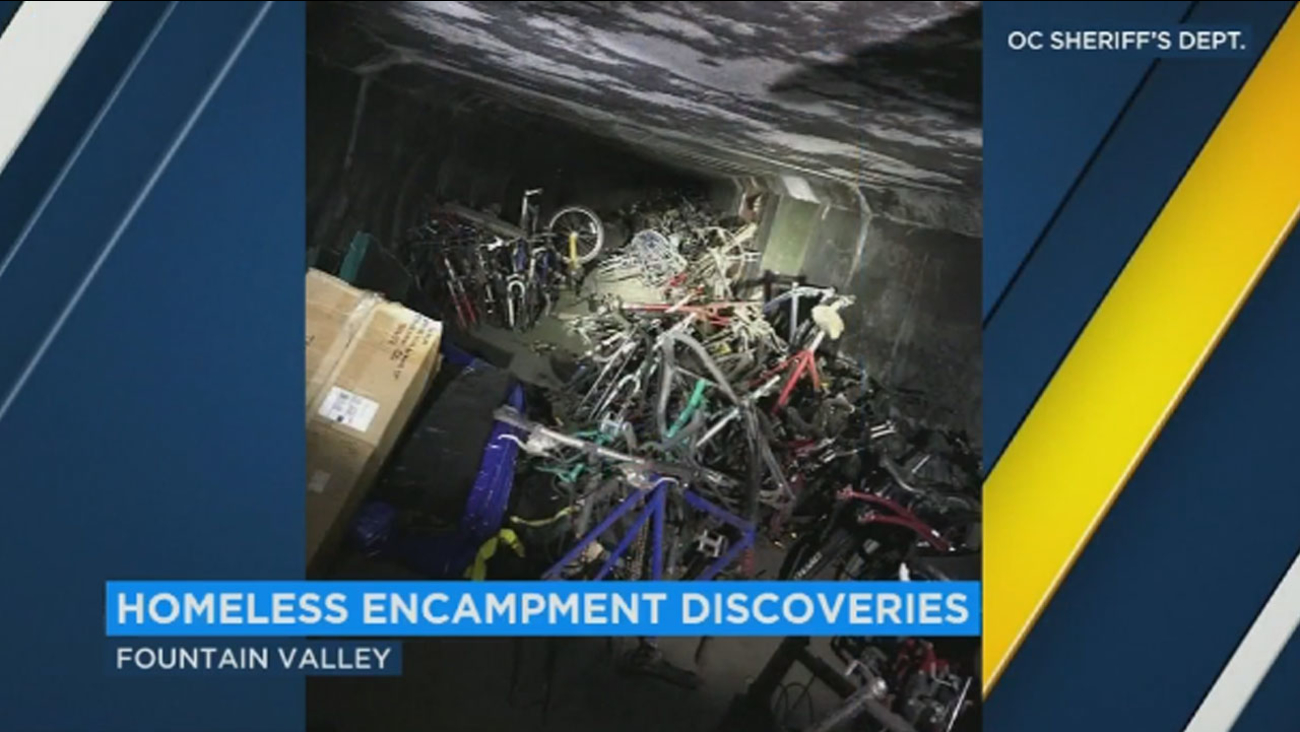 Public Works employees dragged out a pile of bicycles hidden inside a tunnel on the Santa Ana River trail. Nearly 1,000 were found in the homeless encampment.

SANTA ANA, Calif. (KABC) -- Orange County sheriff's deputies are looking to reunite owners with their stolen bicycles after a cache of bikes was found in a homeless encampment near the Santa Ana River trail in Fountain Valley.

Deputies are currently processing the bikes and parts and said the majority of those recovered are likely beyond repair after being stripped for parts or damaged.

Authorities are encouraging anyone who may have had a bike stolen to send a description of their bicycle along with its serial number and a police report number to lostbike@ocsd.org.

Deputies said they do not have an estimate on how many bikes they will be able to salvage.