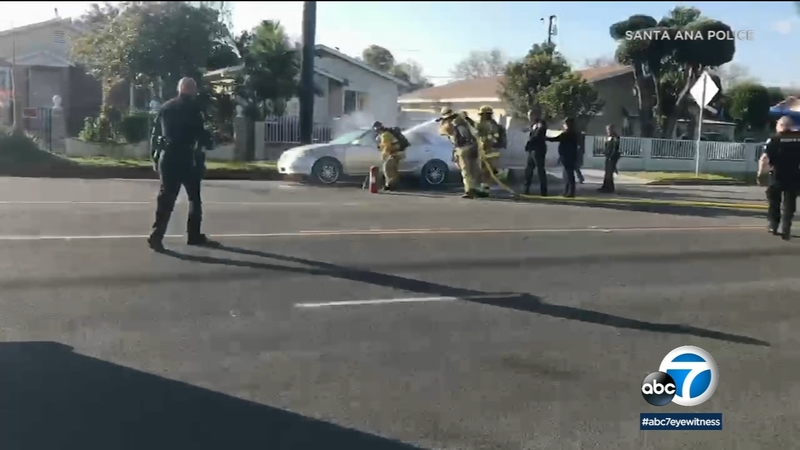 OC firefighters stop man threatening to light himself on fire

SANTA ANA, Calif. (KABC) -- A man was hospitalized following a tense moment in Santa Ana when he threatened to light himself on fire inside of his car.

When officers arrived at 2000 block of South Standard Avenue on Wednesday, they were informed by the man's mother that he had doused both himself and his car in gasoline and was carrying a lighter, according to the San Ana Police Department.

First responders began negotiating with the man who they say was making statements that suggested he wanted to harm himself.

Firefighters were then able to stop the man by dousing the car with a foam fire retardant and pulling him out of the vehicle.