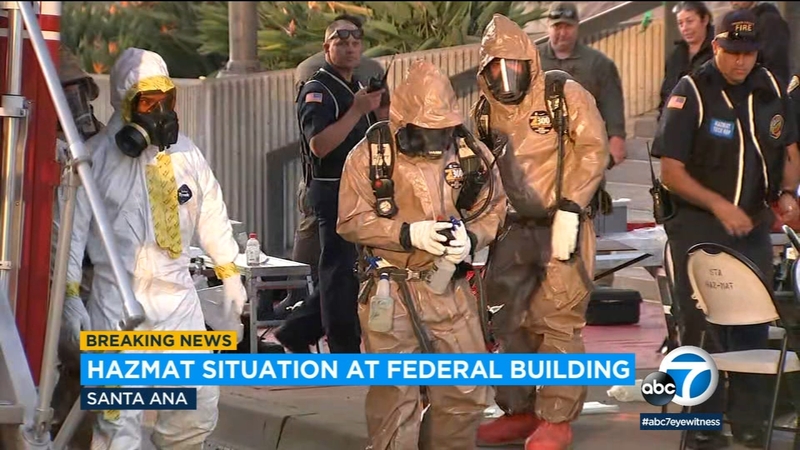 SANTA ANA, Calif. (KABC) -- A suspicious powder found in a Santa Ana federal building caused a temporary panic and hazmat lockdown, but officials later determined the substance was not dangerous.

The powder was found shortly after 2 p.m. on the third floor of the federal building in Santa Ana's civic center complex.

Four employees who were exposed to the powder were treated to decontamination procedures and transported to a local hospital as a precaution while officials locked down the building's third floor and told people on other floors to shelter in place.

But about two-and-a-half hours after the first report, officials said all tests for dangerous substances came back negative. The lockdown was being lifted.

During the lockdown, while the substance was still being tested, officials said they were being extra cautious because it is a federal building.