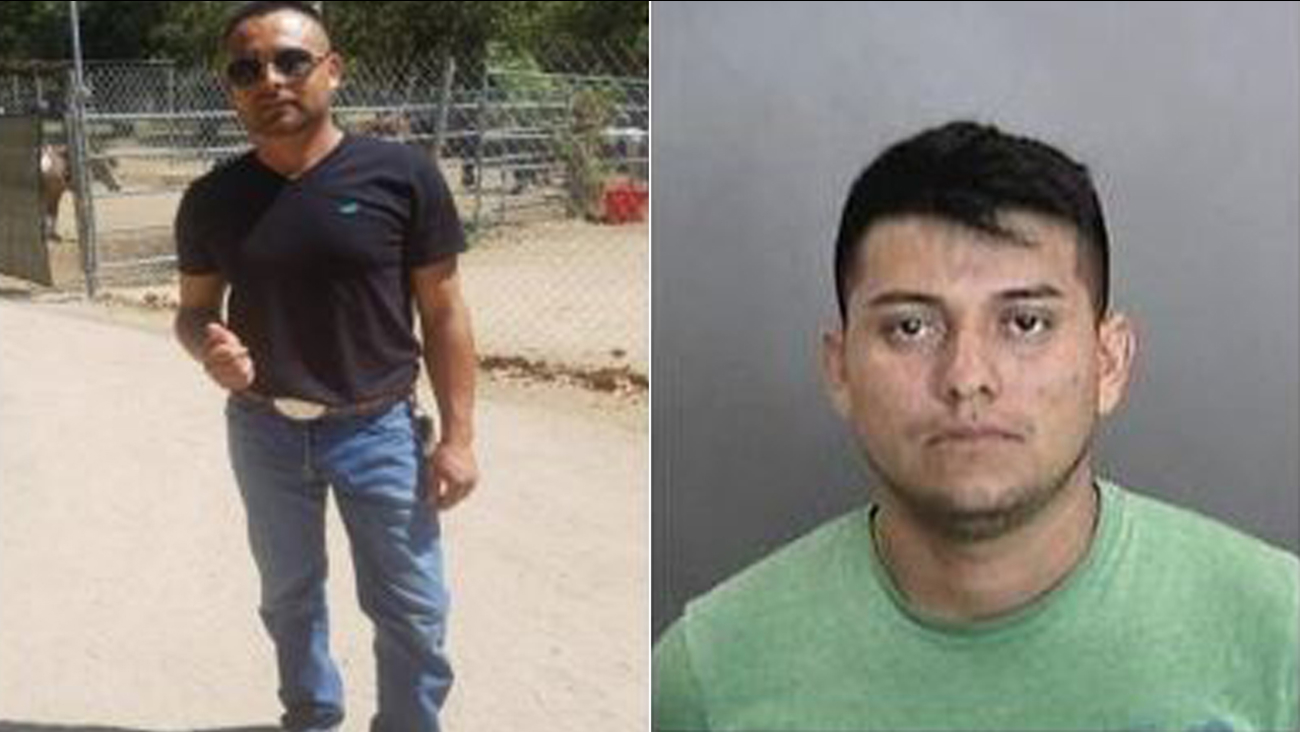 Humberto Rodriguez-Martinez, left, is being sought in the stabbing death of his ex-girlfriend's new boyfriend. Adan Zapot-Leyva has been arrested in the case. (Anaheim Police Department)

ANAHEIM, Calif. (KABC) -- A 30-year-old man is being sought in the stabbing death of his ex-girlfriend's new boyfriend in Anaheim, authorities announced Tuesday.

The Anaheim Police Department released a photo of Humberto Rodriguez-Martinez, one of two suspects in the murder of 32-year-old Daniel Reyes.

Officers responded about 5 a.m. Oct. 19 to a report of a fight at the intersection of Santa Ana and Helena streets, according to a police statement. Reyes was found suffering from a stab wound and died at the scene.

"The investigation revealed Rodriguez-Martinez was jealous of Reyes who was now dating his former girlfriend," the news release said. "Rodriguez-Martinez and a friend, Adan Zapot-Leyva, were waiting for Reyes when he left his girlfriend's Anaheim residence and attacked him, leading to Reyes' death."

Zapot-Leyva was arrested without incident two days after the incident, authorities said. After being charged in the murder, he was being held in Orange County Jail on $1,000,000 bail.

An arrest warrant was issued for Rodriguez-Martinez, who is believed to be hiding in the San Diego area, according to investigators. His Toyota Corolla was recovered in San Diego on Thursday.