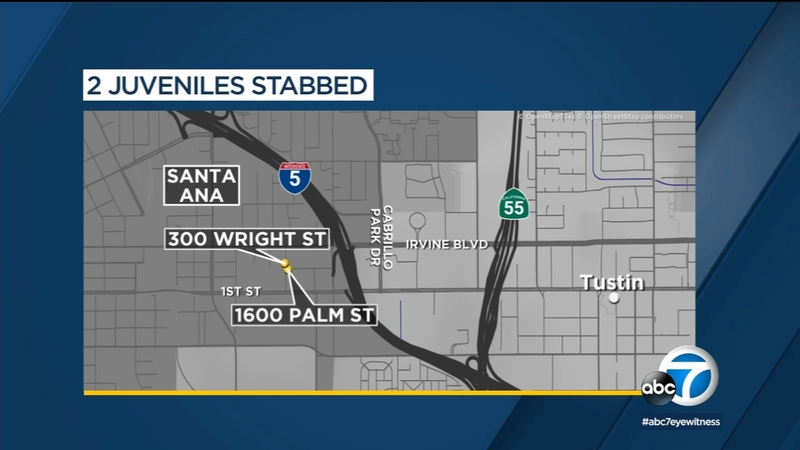 Teenage boy fatally stabbed, another injured during attack in OC

SANTA ANA, Calif. (CNS) -- A teenage boy was fatally wounded and another boy is in stable condition at a hospital from a possible gang-related stabbing attack in Santa Ana, authorities said Saturday.

Officers dispatched to the location reported a boy in a driveway suffering from an apparent stab wound to his upper body. Paramedics rushed him to a hospital, where he was pronounced dead at 12:46 a.m.

As officers were on the scene, they were flagged down regarding a second stabbing victim at 300 N. Wright St., where another teenage boy was suffering from stab wounds to his upper body. Paramedics rushed him to a hospital in stable condition.

The age of the victims was not immediately known.

Police said the case is eligible for the Gang Reward Program.