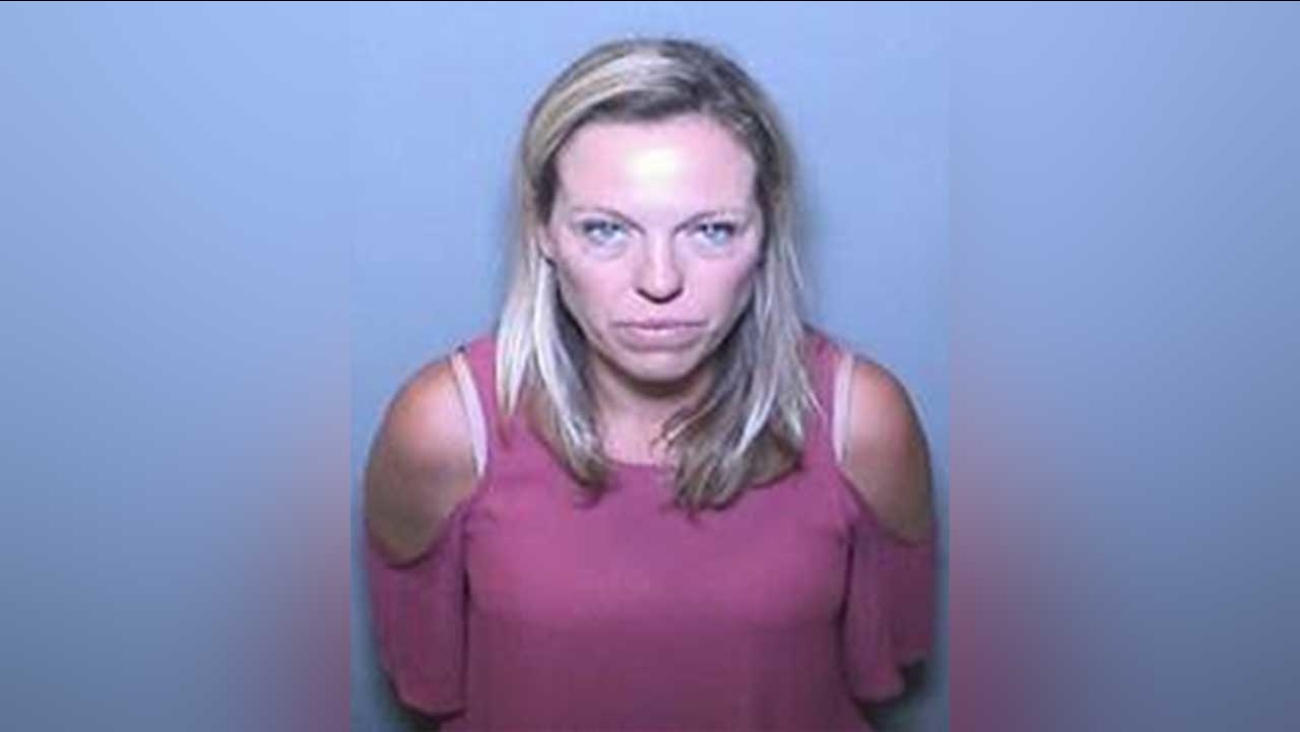 Jenny Gahagan is seen in a booking photo.

LADERA RANCH, Calif. (KABC) -- A 36-year-old Orange County woman was arrested on suspicion of driving under the influence after crashing a golf cart.

Three other women were in the golf cart with Gahagan. All four suffered minor injuries, officials said.

According to the California Highway Patrol, Gahagan was driving the golf cart just before midnight when she tried to make a left turn at an unsafe speed.