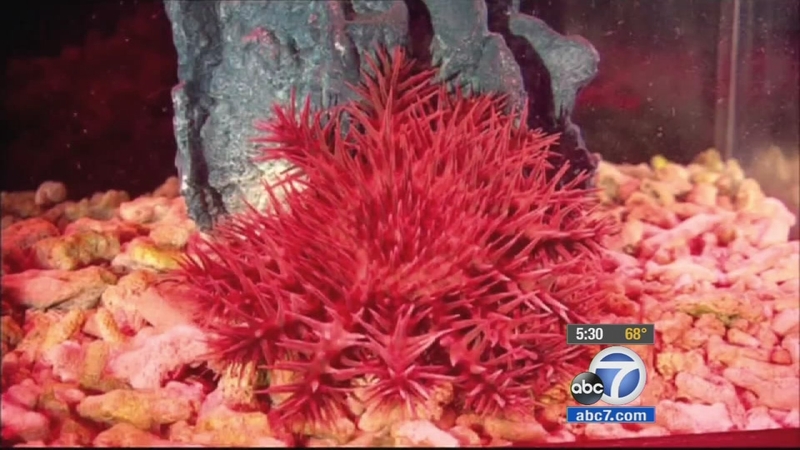 LONG BEACH, Calif. (KABC) -- A new study found that the earth's oceans are in trouble, and scientists say if something is not done now, many sea creatures could be on the verge of extinction.

The new study, published by a team of scientists in the journal Science, analyzes the way humans are causing serious damage to the ocean.

The group said several marine species could soon die off if changes aren't made quickly.

"Climate change is essentially making the oceans a warmer and more acidic place, and that's going to make it a more hostile place for ocean wildlife," he said.

The study also points to the increased industrialization of ocean habitats, including marine mining and commercial fishing, as another reason for the ocean's damage.

Scientists use the 40 percent worldwide decline of the coral reef as an example of the footprint humans are leaving.

Dr. Jerry Schubel, president of the Aquarium of the Pacific, works with his staff to educate visitors about what is causing the negative impact to the ocean.

"If we continue using the approaches we've used to protect the ocean, it will be too late," he said.

The study concludes that there is still time to stop the damage and save the marine animals, and Schubel said he is confident humanity can do that.

"We have the knowledge, the technology, the creativity and the innovation, but we're going to have to reframe these issues and turn the problems on their heads and make them into opportunities," he said.

Experts say if no changes are made, extinctions could start within the next 20 years.