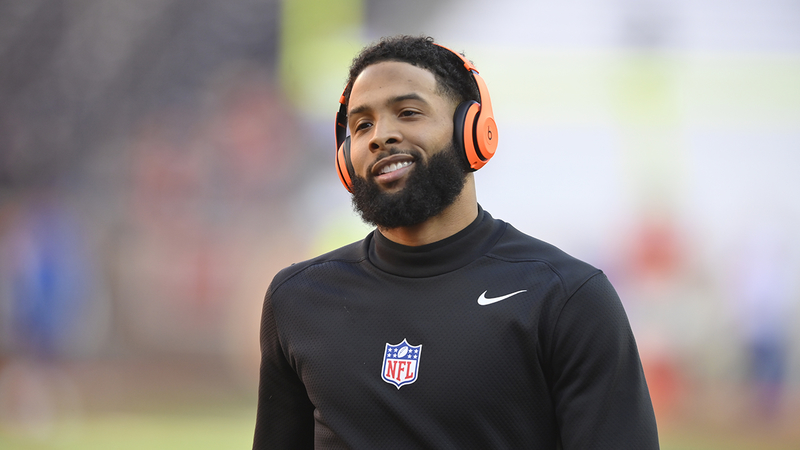 Beckham, 27, allegedly slapped a stadium security officer on the buttocks, and the officer filed a complaint, a police spokeswoman confirmed to ABC News.

The allegation is a misdemeanor.

Before the alleged inappropriate touching, Beckham was seen celebrating with LSU students in the locker room and allegedly handed out money to the players, which could put some of them in hot water with the NCAA.

Police could not confirm whether the video is a part of the investigation, but told ABC News to refer to the viral clip.

The 25 second clip, which was posted on Magee's Instagram stories and republished by Complex Sports on Twitter, shows the officer talking to another player in the locker room as Beckham stands in the background.

The superstar balled up a piece of paper and threw it in the direction of the officer, who appeared to have his back turned at the time -- Beckham missed.

As the team celebrates, Beckham allegedly slapped the male security officer on the backside, causing him to turn around. Beckham seemed to joke with the officer in a playful matter before the footage stopped.

"We are aware of the incident and have been in touch with Odell and his representatives on the matter," the Cleveland Browns said in a statement.

Beckham will have to turn himself in to the police department, and prosecutors will determine what the exact charges will be against him, a spokeswoman said.