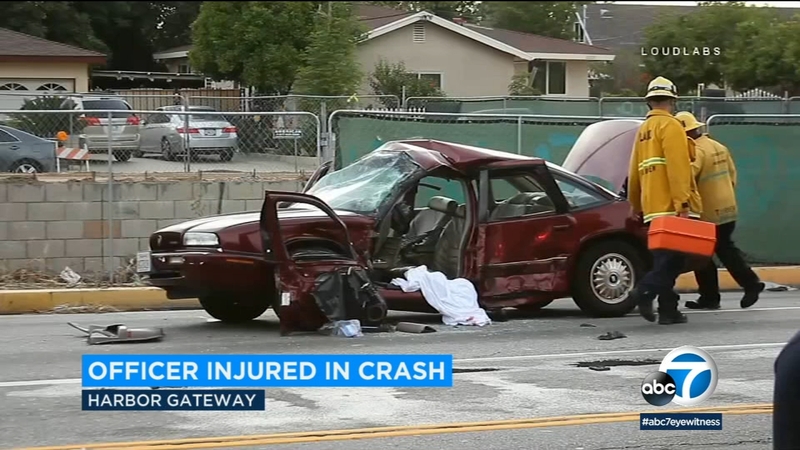 Officer, firefighters and woman injured in crashes in Harbor Gateway

HARBOR GATEWAY, LOS ANGELES (KABC) -- A driver who ran a red light and another suspected of driving under the influence caused two serious collisions hours apart at the same intersection in Harbor Gateway, officials say.

The first crash happened at 223rd Street and Normandie Avenue around 6:43 p.m. Saturday when a woman T-boned a Los Angeles Fire Department ambulance, fire officials say. The EMS crew was responding to an emergency call at the time of the collision.

Firefighters used heavy equipment to pry their way into the driver's mangled sedan, extricating the woman from the vehicle. She was taken to a local hospital in critical condition.

Multiple paramedic firefighters were injured in the crash and transported to a hospital in unknown condition, according to LAFD paramedic James Brown.

Just after 1 a.m. Sunday, a different driver slammed into the front side of a Los Angeles police patrol car that was parked in front of the accident scene.

An officer was inside the patrol car when the crash occurred. The officer was taken to an area hospital in stable condition.

The driver, suspected of DUI, was taken into custody.