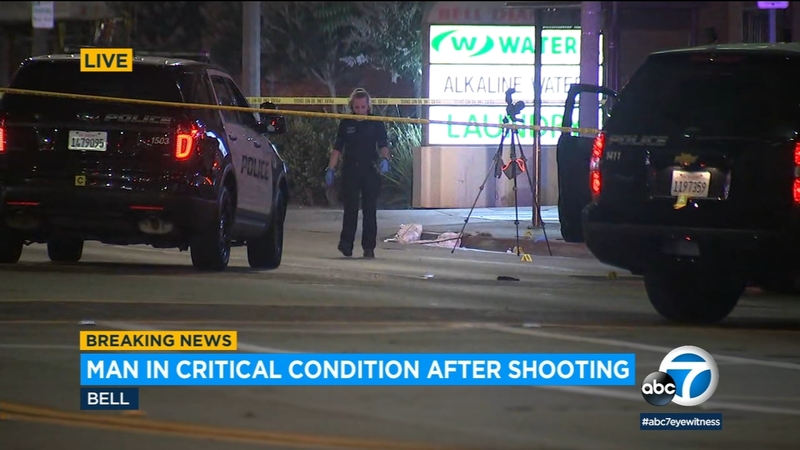 BELL, Calif. (KABC) -- A man who was threatening to harm himself was critically wounded in an officer-involved shooting after allegedly pointing a gun at officers in the city of Bell, authorities said Monday.

The shooting occurred just after 10 p.m. Sunday in the 6700 block of Atlantic Avenue, according to Deputy Tracy Koerner of the Los Angeles County Sheriff's Department.


The Bell officers responded to a call from a man who said he was depressed and had a gun, Koerner said.

"Upon their arrival, officers saw an adult male pointing a gun to his head,'' Koerner said.

"After officers spoke with the man and he set the gun down, he then picked it up again and pointed it at the officers, and an officer-involved shooting occurred.''

The man was rushed by paramedics to a hospital, where he was listed in critical condition, Koerner said.

Sheriff's homicide detectives were at the scene aiding in the investigation, he said.