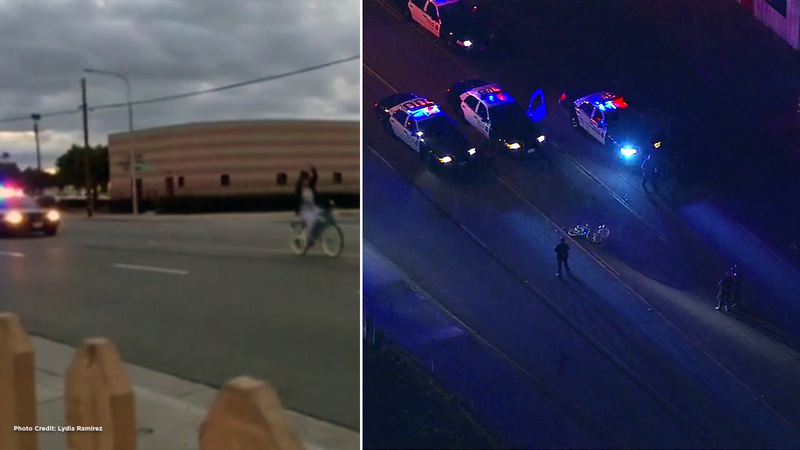 SANTA ANA, Calif. (KABC) -- A female suspect on a bicycle was critically wounded in an officer-involved shooting in Santa Ana on Tuesday, police said.

The shooting occurred after the suspect was being contacted regarding a stabbing, police said.

Video sent to ABC7 using the #abc7eyewitness appeared to show the woman riding a bicycle and leading police on a slow-speed chase.

Police said the woman was armed with a knife and had attacked three people earlier as she attempted to carjack their vehicle.

Authorities stated the woman began waving a knife when they confronted her at the intersection of 5th and Susan streets.

That's when officers said they shot the woman.

"She got off the bike, was waving the knife around. As she attempted to enter the park, there was a vehicle that exited the park with people in it. As she went toward that vehicle, officers engaged her in an attempt to take her into custody before she could get to the car. And that's when an officer-involved shooting occurred," Cpl. Anthony Bertagna with the Santa Ana Police Department said.