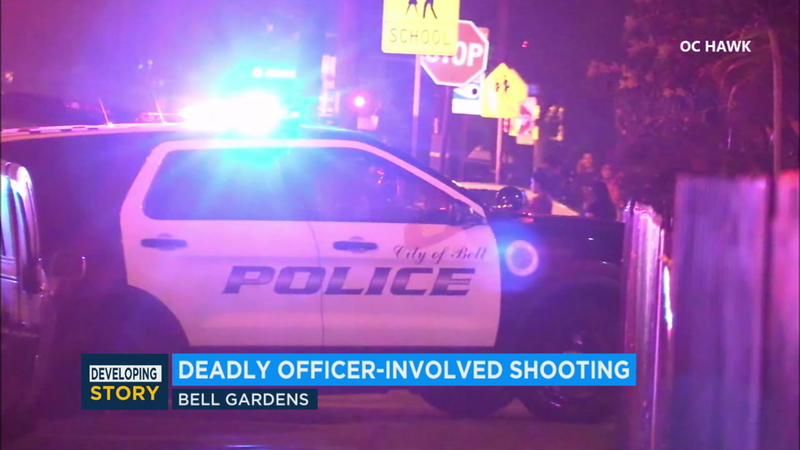 BELL GARDENS, Calif. (KABC) -- Police shot and killed a man who allegedly attacked his stepfather with a knife Wednesday night in Bell Gardens.

Officers responded to a family disturbance call at a home on the 5900 block of Loveland Street at approximately 10:18 p.m.

When officers arrived, they encountered the suspect who became "agitated," and ran further into the house and attacked his stepfather with a knife, according to the Los Angeles County Sheriff's Department.

An officer-involved shooting occurred, with the suspect being struck at least one time in the upper torso.

The 24-year-old suspect died at the scene.

The man stabbed was transported to a local hospital in stable condition.