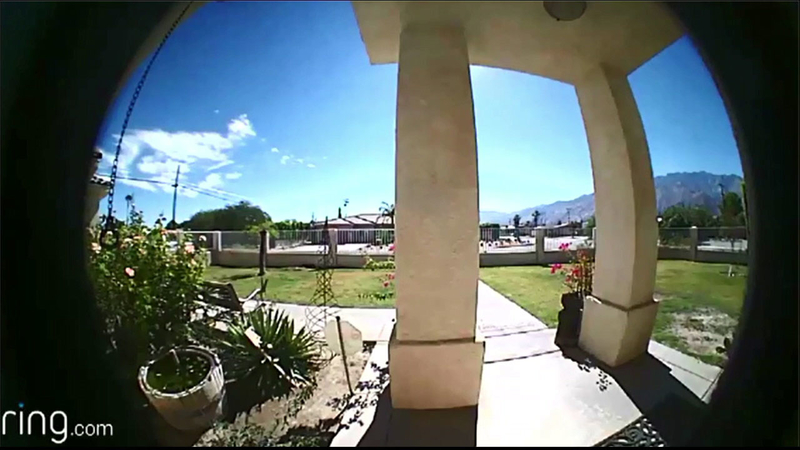 PALM SPRINGS, Calif. (KABC) -- A home surveillance system recorded the sound of dozens of gunshots echoing through an ordinarily quiet neighborhood in Palm Springs, where two police officers were killed.

In the footage, which does not show the officers, you can hear about a dozen shots. Then, all is quiet, except for the sound of a nearby siren. Then, about a minute later, several more volleys of gunfire can be heard as more officers arrive on scene.

Palm Springs Officers Jose "Gil" Gilbert Vega and Lesley Zerebny responded to a report of a family disturbance at a home in the 2700 block of Cypress Road around noon Saturday.

Police say Vega and Zerebny were trying to get the suspect, 26-year-old John Felix, out of the house. That's when the officers were met with gunfire through the front door.

Vega, 63, and Zerebny, 27, were killed, and a third officer was struck and wounded. That officer has since been released from the hospital and is expected to be OK.

He is being held without bail. The district attorney is expected to file capital murder charges, including two counts of murder of a police officer with a special circumstance, which means he could face the death penalty.

Vigils were held Sunday and Monday, where friends, family, fellow law enforcement and community members paid their respects to the fallen officers. 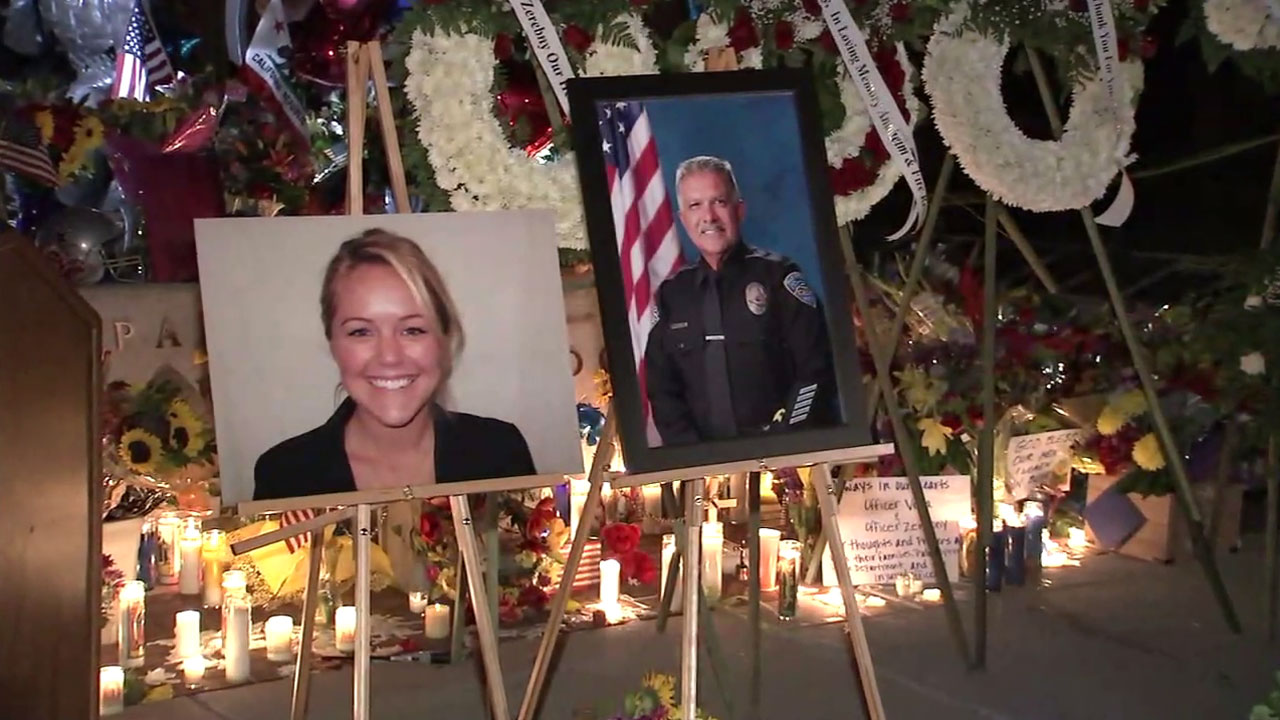 Palm Springs community holds vigil for 2 slain officers
It was an emotional Sunday night at the Palm Springs Police Department as the community, family, friends and fellow law enforcement honored two fallen officers.
"Your heart hurts because you know the person, and everybody knew Gil and what kind of guy he was, and he was a good human being," said Greg Jackson, a retired officer.

Vega was reportedly just two months from retirement after having worked for the department for 35 years. He leaves behind a wife and eight children.

Zerebny had been on the force for less than two years and had just returned from maternity leave. She leaves behind a husband, who is a sheriff's department sergeant, and their 4-month-old daughter, Cora.

Zerebny grew up in Hemet and graduated from West Valley High School in 2007.

"She made an indelible imprint on everyone she met," said Alex Ballard, who was Zerebny's chemistry teacher. "Leslie was just amazingly bright and gregarious and just outgoing and she filled the room with laughter."

All day long Monday, people who didn't even know the officers came to the growing memorial to express their condolences.

Community mourns loss of 2 Palm Springs police officers
The deaths of two officers gunned down while responding to a family disturbance call in Palm Springs left the community devastated Saturday night.
"It hurts in the heart and the mind just to know what happened here. I'm just here to pay my respects," said Mark Contreras of Cathedral City.

The Palm Springs Police Officers Association has set up a fund to collect donations for the families of both officers. Donations will be split equally between both families.

To make a donation, visit https://give.cornerstone.cc/palmspringspoa.

The association will also be accepting donations of baby formula for Zerebny's daughter. The baby is on Enfamil Reguline formula.

Donations for the baby can be made at Palm Springs Police Department headquarters.

There is also a GoFundMe page set up by cadet classmates of Zerebny's husband to help the family with expenses. To make a donation, visit https://www.gofundme.com/2tejkxwk.