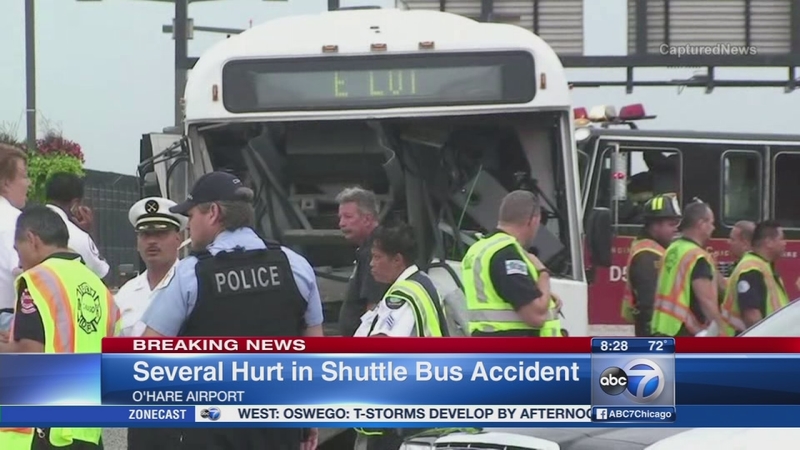 CHICAGO (KABC) -- Two Chicago firefighters on their way to the Chicago O'Hare International Airport helped rescue a pinned-in bus driver and others injured in a shuttle bus crash just off I-190 Friday morning.

A remote parking bus crashed into a concrete divider on the ramp approaching Terminal 1 around 6:30 a.m. Friday. The guardrail was driven five feet into the bus as a result of the impact.

The female bus driver was pinned in, according to the Chicago Fire Department. Two Chicago firefighters on their way into work at the O'Hare fire station witnessed the crash, called it in and jumped out of their vehicle to assist.

CFD said the two firefighters rescued the driver, an airport employee, from the 20-seat capacity bus and went on to help the other injured passengers. She was transported to Lutheran General, where she was listed in serious condition. One of the firefighters suffered minor injuries and was listed in good condition.

Emergency crews worked to clear the highway of debris and fluid that leaked from the bus onto the road, blocking access to the upper level terminals for more than an hour. The accident caused major backups on the Kennedy Expressway (I-90).

Passengers stuck in traffic were seen exiting taxis and other vehicles to walk to the airport.