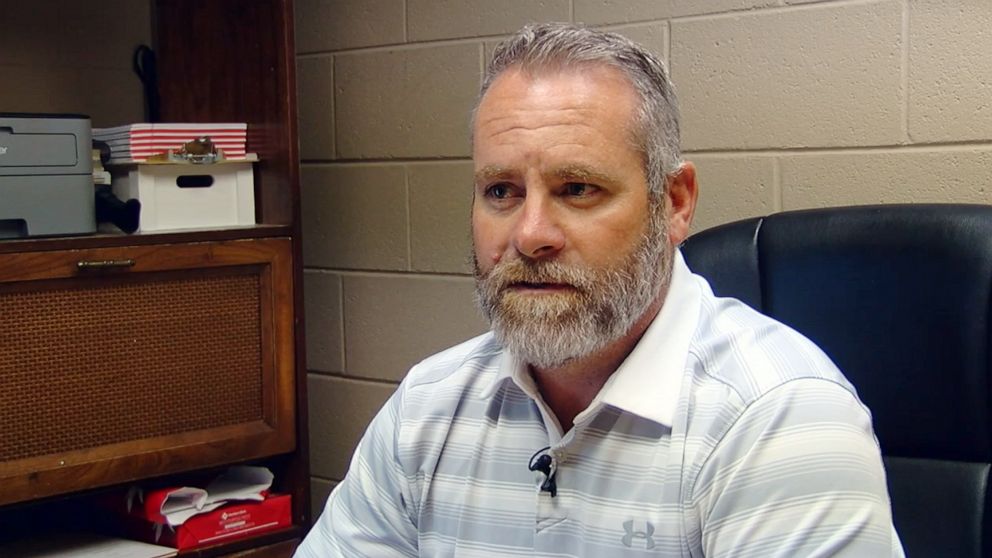 An Oklahoma police officer accused of killing his police chief was allegedly found sitting on top of the victim, while witnesses said they heard screaming coming from the room, according to an arrest report.

Mannford Police Chief Lucky Miller, who held the role for 12 years, was pronounced dead at a Hilton hotel in Pensacola Beach, Florida, on Sunday night, according to the report from the Escambia County Sheriff's Office released Tuesday.

Michael Nealey, one of Miller's officers, was charged with second-degree murder in the case.

Officers saw that Miller's face was beaten and his right eye was completely swollen, the report stated. There were no other injuries to his body.

When officers confronted Nealey, who was transported to a local hospital for evaluation, they said they observed that his right hand was swollen and red. Nealey was not able to provide information as to what happened, according to the report.

One witness told police that he was responding to a noise complaint and heard grunting noises before knocking several times, according to the report.

The witness then entered the room for a welfare check and saw Nealey sitting on Miller, who was lying on the floor, the report stated.

He allegedly had to pull Nealey off of Miller, which prompted Nealey to hit his face against the floor and left him with injuries to his nose and lip.

Other witnesses said they heard commotion coming from the room, including one man who said he heard someone making a "roaring" noise and a man yelling, "Stop it, Mike" several times, according to the report.

Escambia County spokeswoman Sgt. Melony Peterson told the Pensacola News Journal that the two officers were in town for a conference.

Mannford police did not respond to ABC News for comment Tuesday.

The city's mayor, Tyler Buttram, said in a statement, "We are heartbroken by the news. Please keep both families in your prayers as we work to move forward."

It was not immediately clear if Nealey had retained legal representation. His mugshot has not yet been released because under Florida law, when law enforcement is involved, the state does not always the release a mugshot, according to a spokesperson with the Escambia sheriff's office.