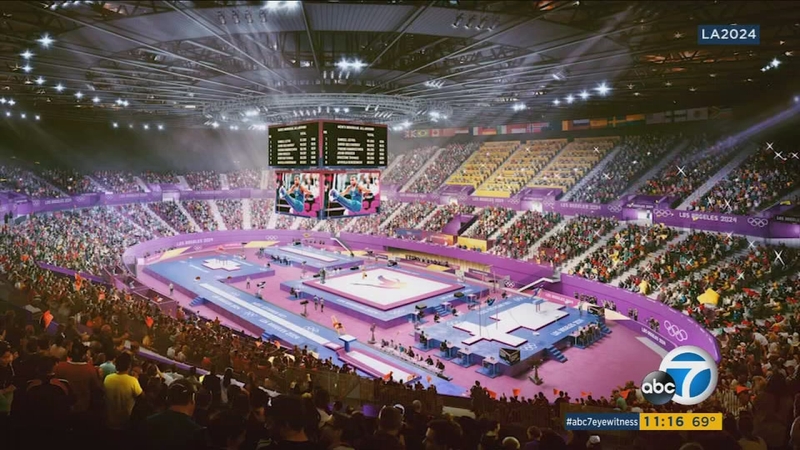 LOS ANGELES (KABC) -- The city of Los Angeles has agreed to host the Summer Olympic Games in 2028 instead of 2024, the mayor's office and LA 2024 officials confirm.

Paris continued to fight for the 2024 Olympics and it all came together earlier this month when the IOC decided both cities could host the games, granting Paris the 2024 games.

L.A. and Paris were the two remaining bidders for the 2024 Summer Games, but International Olympic Committee members had been divided since visiting both locations this year.

L.A. Mayor Eric Garcetti made the official announcement at 5 p.m. Monday at the Stub Hub Center in Carson.

"A couple of times we were counted out of the race altogether, but we never hit a wall. We never lost our focus. The training paid off and today, we're at the finish line," Garcetti said.

Details of the agreement were not released, but the IOC will give advanced money to L.A. for youth sports programs in the city.

"We can start that program immediately and it means that access to sports won't be based on where you live in the city. That'll be universal through recs and park, and we think that's a really incredible, life-changing opportunity to provide to the kids of Los Angeles," said Casey Wasserman, with the L.A. Olympic Committee.

But some people don't support the idea of the Olympics coming to the city. A group called Nolympics released a statement after the deal's announcement.

"Quite simply, no one knows what this new 2028 plan is and how the extra four years will affect the lives of millions of Angelenos," it said.

The IOC will make its own official announcements for the 2024 and 2028 Olympic Games in September.