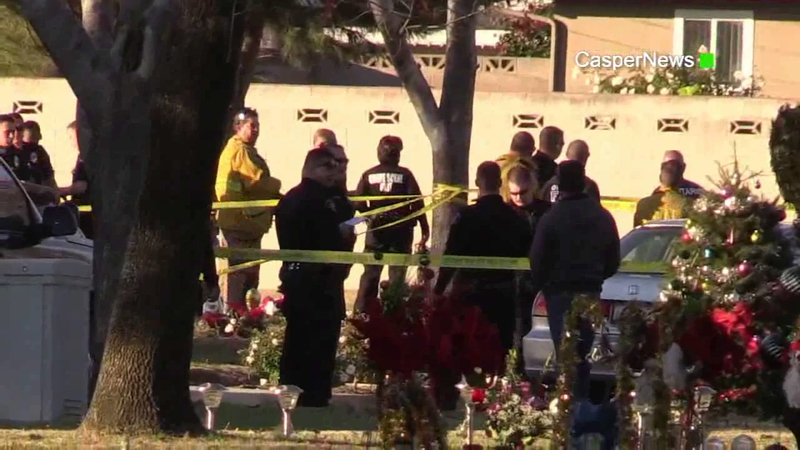 ONTARIO, Calif. (KABC) -- A gunman in an Ontario cemetery killed two people before taking his own life on Saturday, according to police.

Ontario police said the shooting happened in the Bellevue Memorial Park located at 1240 W. G Street at about 3 p.m.

Police said the gunman waited in his car at the cemetery until three family members arrived in a separate vehicle.

The three family members, including an elderly woman using a walker, got out of their car and began walking to a grave site.

That's when police said the gunman got out of his car, and shot a man and a woman.

He then shot himself, according to police.

The elderly woman with the walker was not injured.

Police said the victims and the suspect all appear to be in their 60s and they were all related through marriage.

Detectives are trying to determine a motive for the shooting.