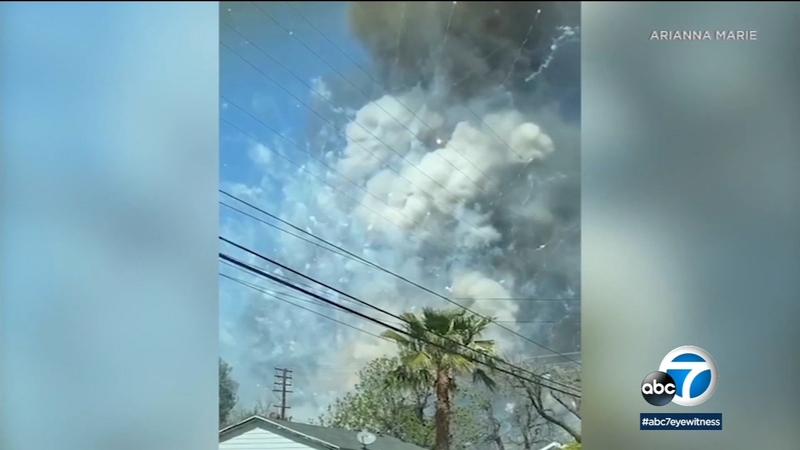 ONTARIO, Calif. (KABC) -- Investigators on Thursday continued to comb through the remains of a massive explosion that left two men dead and displaced dozens of neighbors.

For a second day in a row, crews destroyed several rounds of unexploded fireworks that sent plumes of smoke into the air. The city of Ontario says they will continue the controlled burns until all hazardous materials are destroyed.

The deadly explosion Tuesday rained debris down over a wide area and dozens of residents were evacuated.

'Indescribable:' Ontario mayor says he was nearby when deadly blast went off
EMBED More News Videos

In addition, three "large" fireworks that can't be removed will be detonated Friday, according to Ontario Fire Chief Ray Gayk.

Investigators say it's unknown if the fireworks were being stored or sold from the home, but residents say the sound of fireworks in the area was a daily occurrence.

"For years now, they have been blowing off pretty much what we heard the other day, just a little more mild than that," said Anna Earley. "They have been doing that forever here."

Earley says on Monday her doorbell camera captured video of a truck driving by and peppering the street with fireworks. The next day, the massive explosion rocked her home.

Meanwhile, for the Lomeli-Figueroa family, there was some good news. They were able to search the area for their Chihuahua mix and found it.

"When I went to the room, I couldn't find him, but the officers told me they heard him," said Armando Lomeli. "He got so happy when he heard me calling his name."