'Indescribable:' Ontario mayor says he was nearby when deadly blast went off 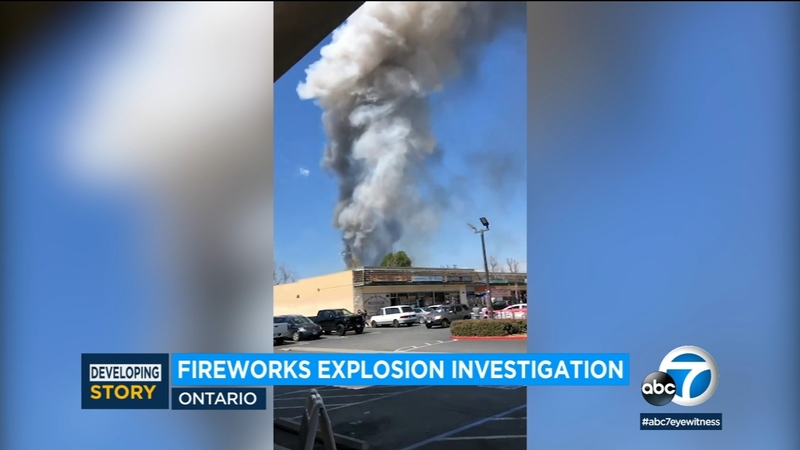 'Indescribable:' Ontario mayor says he was nearby when deadly blast went off

ONTARIO, Calif. (KABC) -- Authorities are expected to continue to set off unused fireworks nearly 48 hours after a deadly and massive explosion in Ontario.

AIR7 HD was over the scene Wednesday evening as crews began the process of destroying the unexploded fireworks, which sent thick plumes of smoke into the air.

Authorities say they had collected dozens of boxes full of undetonated fireworks while combing the neighborhood that was rocked by multiple blasts Tuesday.

The mayor of Ontario says he was nearby when those explosions went off.

"It was indescribable how it feels to have that much of an explosion happen that close. Windows were bursting and people were crying," said Mayor Paul Leon.

The coroner has removed two bodies from the scene but they still have not identified the victims. The mother of 38-year-old Alex Paez told ABC7 on Wednesday that he and his cousin, 20-year-old Cesar Paez, were the deceased victims.