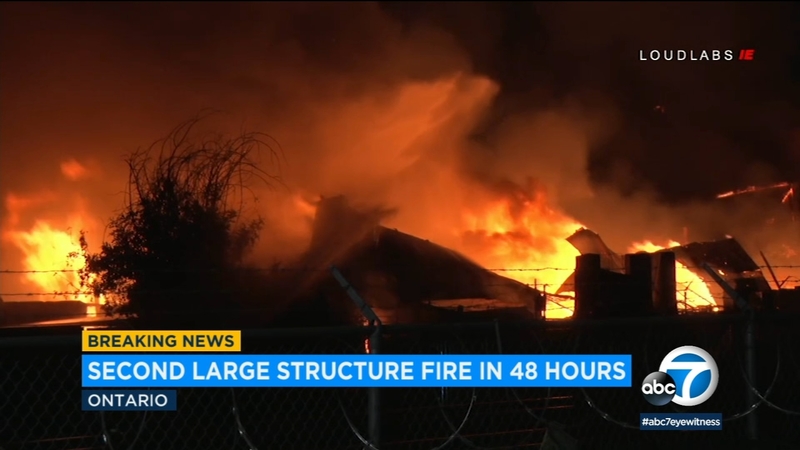 ONTARIO, Calif. (KABC) -- A fire ripped through a commercial building in Ontario, prompting several firefighters to respond to the scene early Friday morning.

Firefighters responded to the 200 block of East Main Street after receiving a call at about 1:40 a.m.

The two-alarm fire prompted several firefighters to arrive at the scene. Video showed the building engulfed in flames.

According to the Ontario Fire Department, the fire was under control, and a majority of the flames were extinguished by 5 a.m.

An investigator said he does not believe the incident is connected to another fire that occurred Wednesday morning on the same street.

The cause of the fire is under investigation.
Report a correction or typo
Related topics:
ontariosan bernardino countyfireinvestigation
Copyright © 2021 KABC-TV. All Rights Reserved.
More Videos
From CNN Newsource affiliates
TOP STORIES