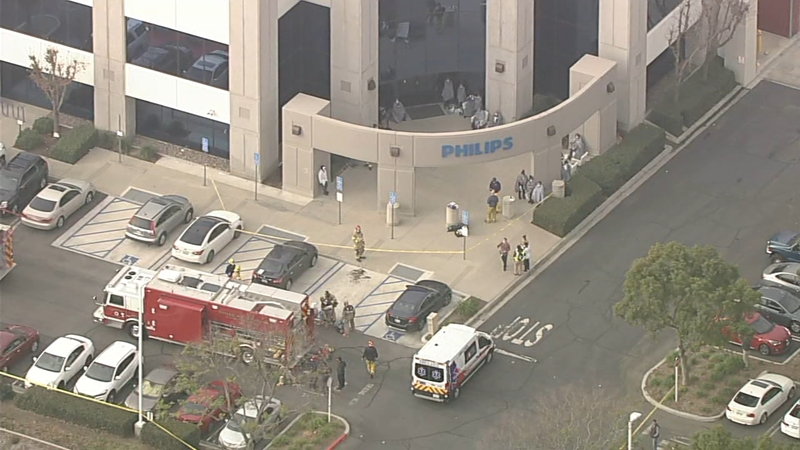 The cause of the incident at the Philips Oral Healthcare office building in the 1700 block of South Baker Avenue was not immediately known.

A spokesperson for the Ontario Fire Department said the agency's firefighter-paramedics were at the scene shortly after 8 a.m., following a report of a man complaining of chest pain. A total of 24 patients were treated.

News video from AIR7 HD showed an impromptu triage area in front of the building, where emergency responders were speaking with several people, a few of them with blankets draped around their shoulders.

A man who was denied service at a Roscoe's Chicken and Waffles because he wasn't wearing a mask returned with a gun and robbed the restaurant of food, authorities say.

At least six ambulances were summoned to the location. Nine people suffering from respiratory irritation were transported to medical centers in conditions that were not life-threatening, Fire Department Battalion Chief Scott Roeber said.