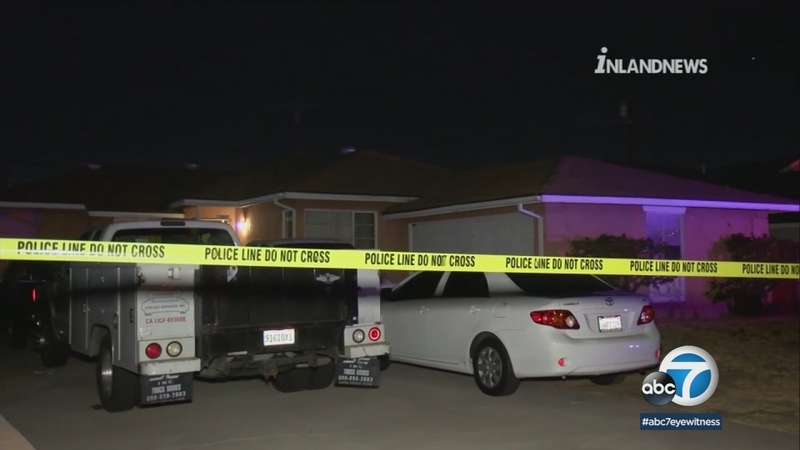 ONTARIO, Calif. (KABC) -- A 28-year-old man was detained after calling police to say that he had shot his mother on Christmas Day.

The incident happened around 4:30 p.m. on the 1300 block of N. Vine Street, according to Ontario police.

The mother, who authorities say was in her 50s, was pronounced dead at the scene.

Authorities said the victim's son was in custody for questioning to determine whether the shooting was intentional or accidental.

Neighbor Abraham Ruiz, who has lived near the family's home for 16 years, said he never heard any arguing until that day.

"We heard the mom yell 'stop.' There was things being thrown in the house, and out of nowhere we just heard a gunshot. It's hard to believe, you know, nothing's ever happened like this around the neighborhood," Ruiz said.

The mother and son lived together and were the only ones in the home at the time of the shooting, police said.