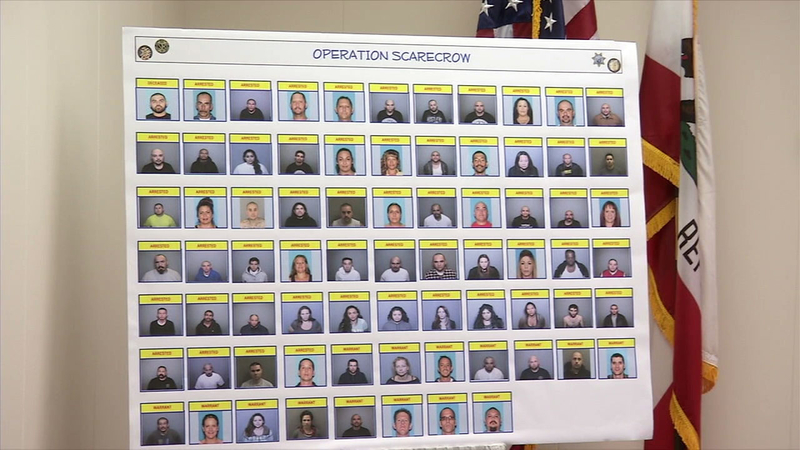 The so-called "Operation Scarecrow" resulted in 85 arrests over three months.

Orange County Undersheriff Don Barnes said a 2016 murder in San Juan Capistrano was the catalyst for the investigation. He said the victim was an associate of the Mexican Mafia.

"That case started and has branched off into one of the largest investigative operations in Orange County Sheriff's Department history," Barnes said.

With the arrests, authorities said they've disrupted the criminal actions of the Mexican Mafia, which operates in prisons. The California Department of Justice Bureau of Investigation, Special Operations Unit, the CHP and the OCSD gang division all worked together on the investigation.

"The intelligence gained through this investigation has helped us to prevent a number of violent crimes, including attempted murder," Becerra said.

The charges in these cases range from fraud to attempted murder, all with gang enhancements.

"Every arrest that we can make that disrupts the criminal activity of the Mexican Mafia is effective in disrupting their criminal enterprise," Barnes said.