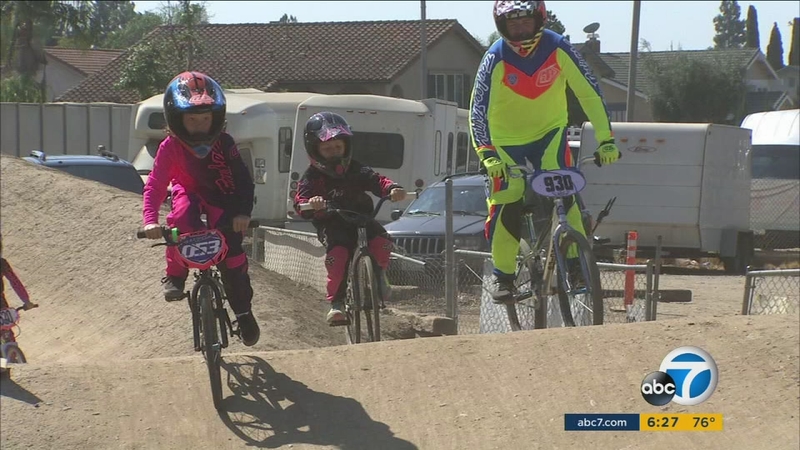 ORANGE, Calif. (KABC) -- Days after the U.S. won its first Olympic gold medal in BMX racing, a beloved track in Orange County faces the end of the line.

Operators said the track has turned out many amateur champions and professional racers, such as Kory Cook, who is currently ranked in the top 10 nationally.

"They're not going to have a place to ride in about a week - it hurts me. I want these kids to have the same opportunity that I had coming up. To be able to train here, ride here year-round, and grow up racing at the amateur level and maybe grow up to be a pro one day," Cook said.

The YMCA of Orange owns the property, and the organization and Orange Y BMX track operators were working on a lease extension when the wheels came off the deal in April.

"New management came into the YMCA. They raised our operating costs three times. Now they're asking for $10,000 a month, which is just not feasible for us to be out here for kids," Ruben Salazar said.

In a written statement to Eyewitness News, the YMCA of Orange said the following:

"Contrary to the inaccurate statements made by, or on behalf of, the track operator, we adamantly deny that our organization requested an absurd monthly lease rate," it said.

The organization went to say that it's a non-profit and is not in the business of helping a for-profit business.

Organizers are hoping they can work something out with the city of Orange to keep the 40-year track around. But the question remains as the final day - Sunday - is around the corner.