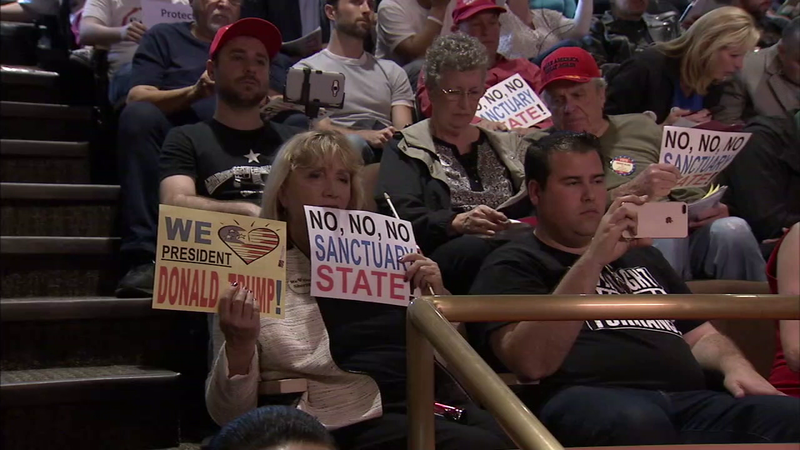 The Superior Court judge said the law violates the rights of charter cities.

The ruling comes in response to a challenge from Huntington Beach officials. The city opposed the controversial law, arguing it infringes on local governments' authority. The judge agreed, saying cities must be allowed to police themselves.

The law bars some cooperation between local cities and federal officials enforcing immigration laws. Exceptions include cases that involve violent or serious felonies.

"I'm very pleased with the court's ruling," Gates said. "(This) is a significant victory for the rule of law, the CA Constitution, the City's Charter authority, and other Charter Cities. We will continue to hold Sacramento accountable for unconstitutional State law overreaches. The City of Huntington Beach will not allow Sacramento to violate its Constitutionally protected rights."

The Huntington Beach Police Department issued a statement saying the agency values having the ability to communicate with federal Immigration and Customs Enforcement when necessary and that SB54 limited that ability. The HBPD also said it will not act as an immigration enforcement agency.

"This also helps us maintain local control over our own police department and the interests of our community instead of having to rely on the State Legislature making those decisions for Huntington Beach," the HBPD said.