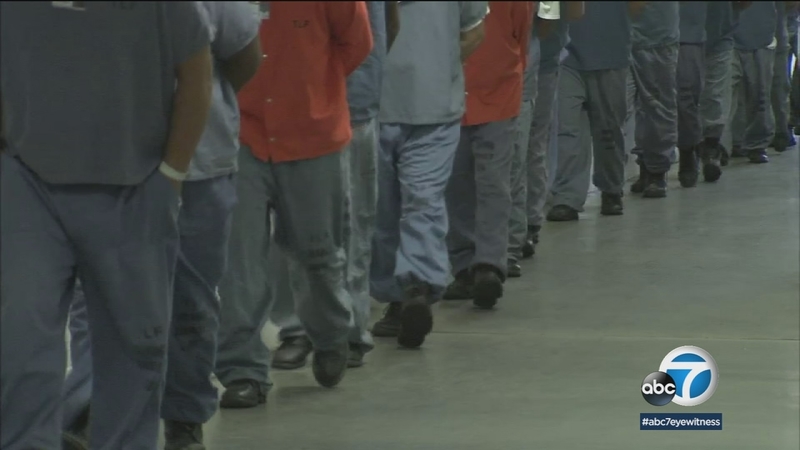 The suit, filed by the ACLU and others, claims the departments have recruited and placed informants in jail cells with defendants, paying and rewarding them for extracting incriminating information.

Orange County's "snitch scandal" was uncovered by the public defender representing Scott Dekraai -the convicted killer who murdered plaintiff Bethany Webb's sister Laura and seven others in a Seal Beach salon in 2011. Her mother was injured. The confessed killer was arrested minutes after the massacre.

"This was an open-and-shut case that should have had a quick and easy ending. What it turned into was a six-year nightmare," said Webb.

Dekraai's attorney found prosecutors and deputies illegally used a jailhouse informant against his client. Eventually, the judge threw the entire D.A.'s office off the case for misconduct. The death penalty was withdrawn and Dekraai received life in prison.

"I have serious questions about whether or not that judge had intended to be fair about the death penalty in the first place," Rackauckas said.

The ACLU says the illegal use of informants in Orange County jails goes back decades, violating U.S. and California constitutions.

"These informants are rewarded handsomely for their participation in the office's illegal schemes," said ACLU attorney Brendan Hamne. "Some have even been paid hundreds of thousands of dollars."

According to the ACLU, at least 18 cases have unraveled - charges dismissed or sentences reduced - all due to the illegal use of informants. Attorneys believe there are more tainted cases.

Both the D.A. and the sheriff's department have denied a secret jail informant program exists.

The D.A.'s office issued a statement - that reads in part:

"The Orange County District Attorney's Office will continue to lawfully use all evidence lawfully developed by local law enforcement."

The U.S. Department of Justice is investigating the snitch scandal and so is the California Attorney General's Office. The state attorney general's office says it is a "criminal investigation into whether deputies perjured themselves on the witness stand."