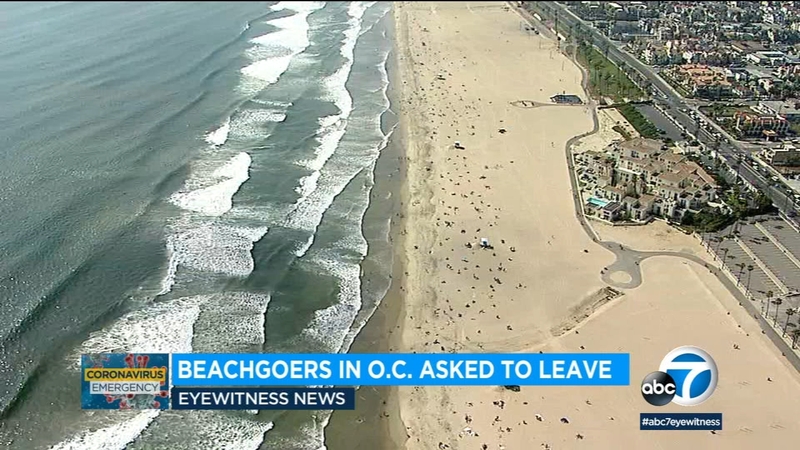 Thousands of people were sent home from closed Orange County beaches on Sunday following Gov. Gavin Newsom's order last week that singled out local and state beaches in the county.

Beach sweeps were also conducted in Huntington Beach, where a police spokeswoman said people were cooperating, and no citations had been issued as of Sunday afternoon.

Orange County became a focal point last week after crowds flocked to beaches to escape the first heatwave of the year, prompting Newsom's beach shutdown in the county.

The crowds gathered a block from the beach, holding signs such as "Recall Newsom" and waving flags.

Many of them appeared to be standing close to each other, not obeying the six-foot physical distancing guidelines issued by the state and most health authorities.