In response to Gov. Newsom's order focusing on Orange County beaches, Supervisor Michelle Steel said "there was no rational basis for this action."
KABC
By Marc Cota-Robles 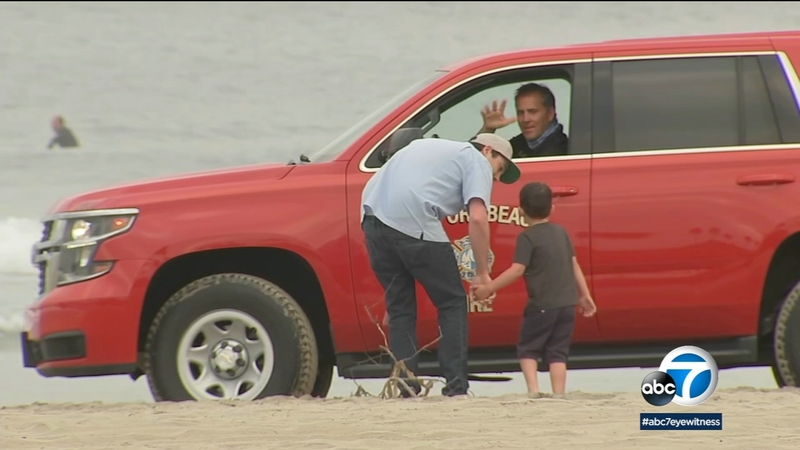 An Orange County Superior Court judge declined to grant the restraining orders on Friday, but attorneys are expected to appear for a court hearing on May 11. Between now and then the parties are expected to provide further legal documents.

The Huntington Beach City Council on Thursday had voted 5-2 to pursue the legal challenge against Newsom's order.

"Governor Newsom's mandate to close all beaches in Orange County today was a jarring decision that significantly impacts us here in Huntington Beach," said Huntington Beach Mayor Lyn Semeta. "Given that Orange County has among the lowest per-capita COVID-19 death rates in California, the action by the State prioritizes politics over data, in direct contradiction of the Governor's stated goal to allow science and facts to guide our response to this horrible global pandemic."

The city council of Dana Point also voted, 4-1, to pursue a temporary restraining order against the governor and the state.

The decisions represent an escalation in the battle between several beach cities and the governor's attempts to keep people at home and enforce social distancing.

Orange County officials have been critical of the decision.

"It's a clear example of unnecessary government overreach," County Supervisor Michelle Steel said. "His actions are arbitrary and capricious and is an act of retribution against Orange County."

"We have here an opportunity to embrace personal responsibility while also taking care of our neighbors. Gov. Newsom clearly doesn't share that faith and I will be looking into the right response to the governor's overreaction and abuse of power."

"I urge the governor to not single out Orange County. I urge him to listen to the locals and to the healthcare professionals, and to realize that what we are doing here in Orange County is in fact working. That's not my statement, that's the statement our health director Dr. Quick gave to us in a board meeting," said Wagner.

The Orange County news conference came following Gov. Newsom announced a "hard close" of all beaches in Orange County after seeing thousands of people at its coastal cities over the weekend.

"People that are congregating there that weren't practicing physical distancing that may go back to their community outside of Orange County and may not even know that they contracted the disease and now they put other people at risk, put our hospital system at risk," Newsom said during a news conference.

The order takes effect for all local and state beaches in Orange County beginning May 1.

Newsom added that he hopes the order won't last very long. But he said he felt he had to do it to protect public health.
EMBED More News Videos

Two Orange County supervisors spoke out at against Gov. Gavin Newsom's order on Thursday closing beaches there in response to crowds flocking to the area last weekend.