Anaheim man arrested, accused of trying to pay for sex with 4-year-old 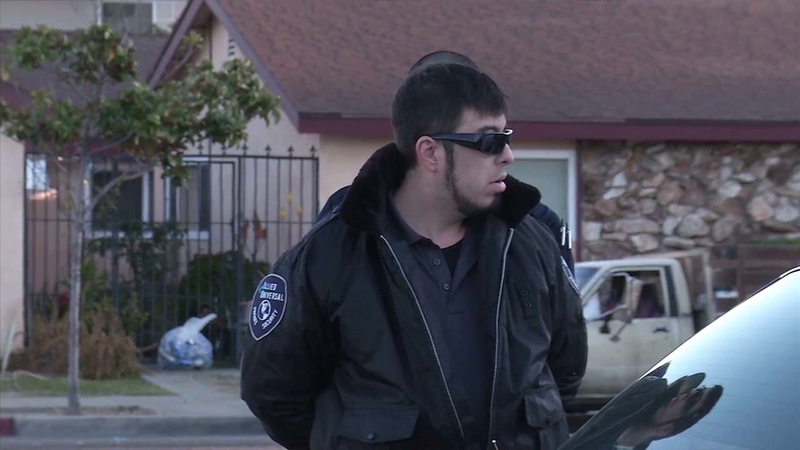 ANAHEIM, Calif. (KABC) -- A suspected child predator has been arrested in Orange County for allegedly trying to pay to have sex with a 4-year-old, officials said.

The suspect, 29-year-old Nicolas Ryan Castillo, was pulled over and arrested Wednesday near a home on the 2200 block of Woodley Avenue in Anaheim, where he had been staying.

Santa Ana police and FBI officials served search warrants at the Woodley Avenue home, which is Castillo's fiancee's residence, as well as one other home in Yorba Linda associated with Castillo. The latter residence is across the street from an elementary school.

Two young children live in the Anaheim home, which is next to a preschool, authorities said.

"He made reference to those children and what his plans were as his relationship with his fiancée moved forward," said police Cpl. Anthony Bertagna.

Castillo was the subject of a monthlong investigation involving Santa Ana police and the FBI. Following a tip from someone in the community, a detective began posing as the mother of a 4-year-old child.

Investigators said Castillo wanted to speak to the undercover detective about paying for sex with the child. Castillo allegedly offered $700 for two meetings with the child.

Detectives collected several boxes of electronic evidence and have reason to believe there may be evidence of child pornography. According to authorities, there could potentially be more victims.

"We're talking about a 4-year-old child," Bertagna said. "That's about as disturbing as you can get."

Castillo was on his way to work when he was taken into custody. His employer did not immediately respond to a request for comment.