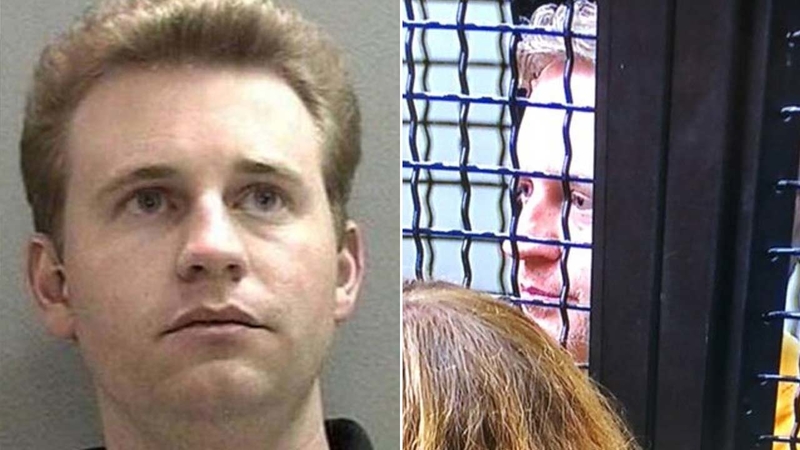 SANTA ANA, Calif. (KABC) -- A former Orange County choir vocal coach accused of molesting a boy is being held on $60 million bail following his extradition back to the U.S. after he fled the country more than a decade ago.

Roger Alan Giese disappeared the night before his trial back in 2007.

In March 2015, he was discovered living in a small town in the English countryside, but his extradition was held up for three years by previous British court rulings, before finally being approved.

Orange County District Attorney Tony Rackauckas said Giese was living in the town of Hampshire and working at a church and public relations firm. He said he did not know if Giese committed any similar crimes there.

“It took an army of agents to get to where we are today”, @OCDATony speaking at news conference after Roger Giese’s extradition to #OC after he disappeared in 2007 right before start of trial for allegedly sexually assaulting choir boy. #abc7eyewitness @ABC7 pic.twitter.com/uvSNrG64Sy

"John Doe was relieved. This has been long awaited justice for him," prosecutor Rebecca Reed said.

He was booked into Orange County Jail on Friday and was ordered held on $60 million bail pending his arraignment. He briefly appeared in court on Monday, and his arraignment was pushed back to Aug. 29.

The suspect allegedly pretended to be a member of an elite military unit, "Delta Force," and told "John Doe" that he could earn a place in the unit by providing semen, urine, blood and stool samples to Giese, the Orange County District Attorney's office said in an earlier press release.

Giese was arrested in 2002, posted bail and then failed to show up in court in 2007. A manhunt followed for years, but it wasn't until 2012 when a tip led authorities to him in England. His extradition took several years.