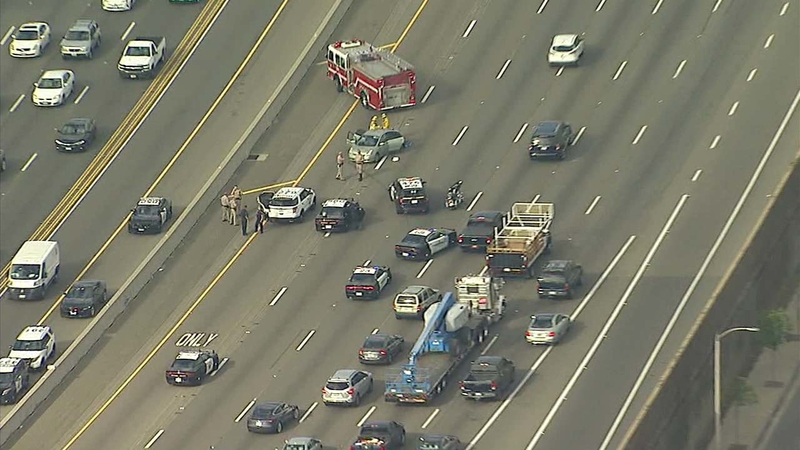 TUSTIN, Calif. (KABC) -- A police chase ended in the Tustin area with the driver and passenger in custody. Two children were also found in the car, CHP said.

The chase began in the San Juan Capistrano area after the driver of the vehicle was stopped on the freeway, then took off when officers approached.

The pursuit traveled up the northbound 5 Freeway and ended near Red Hill Avenue after CHP conducted a successful PIT maneuver.

The driver and a passenger were taken into custody. Two children were found in the backseat of the vehicle.