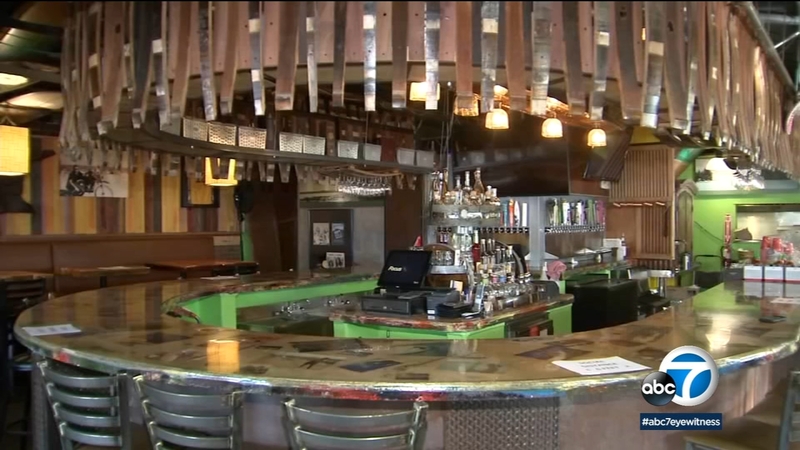 SANTA ANA, Calif. (KABC) -- Although the elderly are known to be among the most vulnerable in the fight against the coronavirus, more than half of the confirmed cases in Orange County are among people under the age of 44.

According to data from the Orange County Health Care Agency, 52% percent of cases are in individuals who are 44-years-old and below. Sixteen percent of those who tested positive in the county are between the ages of 35-44, 11 percent are 18-24 and five percent fall under the 0-17 age category.

The age group with the largest number of positive COVID-19 cases for the county as a whole are those between the ages of 25 to 34, making up 20 percent of all cases.

County health officials on Thursday reported seven additional deaths and 506 new coronavirus cases, bringing the region's totals to 306 deaths and 11,511 cases. Just over 5,320 people have recovered from the virus to date.

Amid the new data, local tourism and business organizations are disappointed Disney has been forced to delay the reopening of its Anaheim parks, a date that many saw as light at the end of the tunnel.

Visit Anaheim says tourism-related businesses across the country have their eyes on Disney, considering it the gold standard of doing what's best. Earlier Thursday, Gov. Gavin Newsom praised Disney for the decision.

The Orange County Business Council understands good health is good business, but also stresses the ripple effect Disney has on the surrounding area.

Disneyland Resort has announced it will delay the reopening of the popular tourist destination in Anaheim.

"The multiplier effect of the resort being closed, not only affects certainly the resort itself, but the surrounding hotels, the restaurants, visitor serving opportunities," said Lucy Dunn of the Orange County Business Council.

The Anaheim Chamber of Commerce joins both organizations, pointing to Disney's ability to reopen parks across the globe as a reason to reopen in Southern California. It's concerned about jobs, tax dollars, small businesses that rely on tourism, and more.

"We very much want Disney to reopen and our members to go back to work, but there are a few safety concerns that really have to be addressed for us to feel comfortable that when our members go back to work, they're not going to be as much at risk," said Andrea Zinder, UFCW President.

This Saturday, a number of unions will be caravanning around Disneyland to highlight their demands before the park gets the green light.

California this week also set daily records for new cases and officials continue to urge caution and dangle enforcement threats to try to curb the spikes.

Gov. Gavin Newsom says he is prepared to "revert back" to more stringent coronavirus restrictions, if necessary, as California continues to see a rise in cases.

"There is a sense that a lot of young people, well you're young so you feel a little bit more invincible but, respectfully, often that can be a selfish mindset," Newsom said.

Even if younger people may not show as many symptoms, they are still spreaders of the virus.

"And they can spread it to people that simply cannot handle the virus as younger healthier people can," he said.

Gov. Gavin Newsom is holding a press conference as coronavirus cases and hospitalizations spike around California following weeks of reopening.

The governor's warning fits with those made by city and state leaders in other parts of the US -- including across the South -- who have said an increasing number of young people are testing positive.

Some officials across the country have pointed to parties, bars and other gatherings as where that spread is happening.

The state broke a record Tuesday with an increase of more than 7,000 cases in a day, obliterating a record hit a day earlier, when more than 5,000 new cases were recorded, officials reported Wednesday.

The state's positivity rate -- how many people test positive compared with how many in total are being tested -- has also been on the rise in recent days, as have hospitalizations, which are up nearly 30% in two weeks, the governor said.

CNNWire contributed to this report.