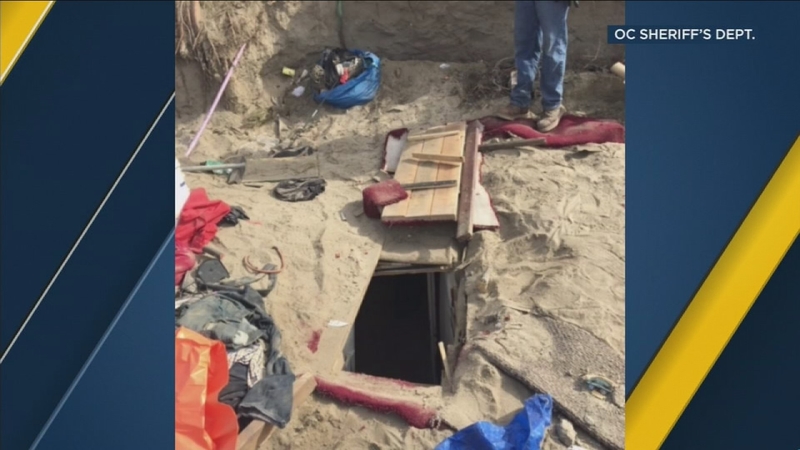 FOUNTAIN VALLEY, Calif. (KABC) -- Bicycles, a loaded gun and an underground bunker are just some of the discoveries made at a homeless encampment along the Santa Ana River, as deputies and Orange County Public Works employees continue to clean it up.

On Nov. 10, Public Works began shutting down a 6-mile stretch of the river trail in Fountain Valley for cleanup and maintenance.

As more than 100 people living along the trail packed up their things, crews began sifting through the area.

One of the most unique finds was a well-hidden, well-constructed bunker -- complete with wood paneling. Orange County Sheriff's Department Lt. Jeff Puckett said he was surprised by the find but alarmed at what else turned up.

Deputies came across a loaded gun, one that could've possibly been used in a crime.

"A handgun was a .357 magnum. The thing of interest with that was there were three expended shell casings in the cylinder, and that's currently under investigation," Puckett said.

He added that there's still a lot to be done, like picking up debris, and sometimes needles, along the trail.

He said their finds, especially the gun, prove the need to clean up.

"With the enhanced enforcement and outreach that we've been doing over the last two and a half months, (it's) showing that there is a high criminal presence in these encampments," Puckett said.