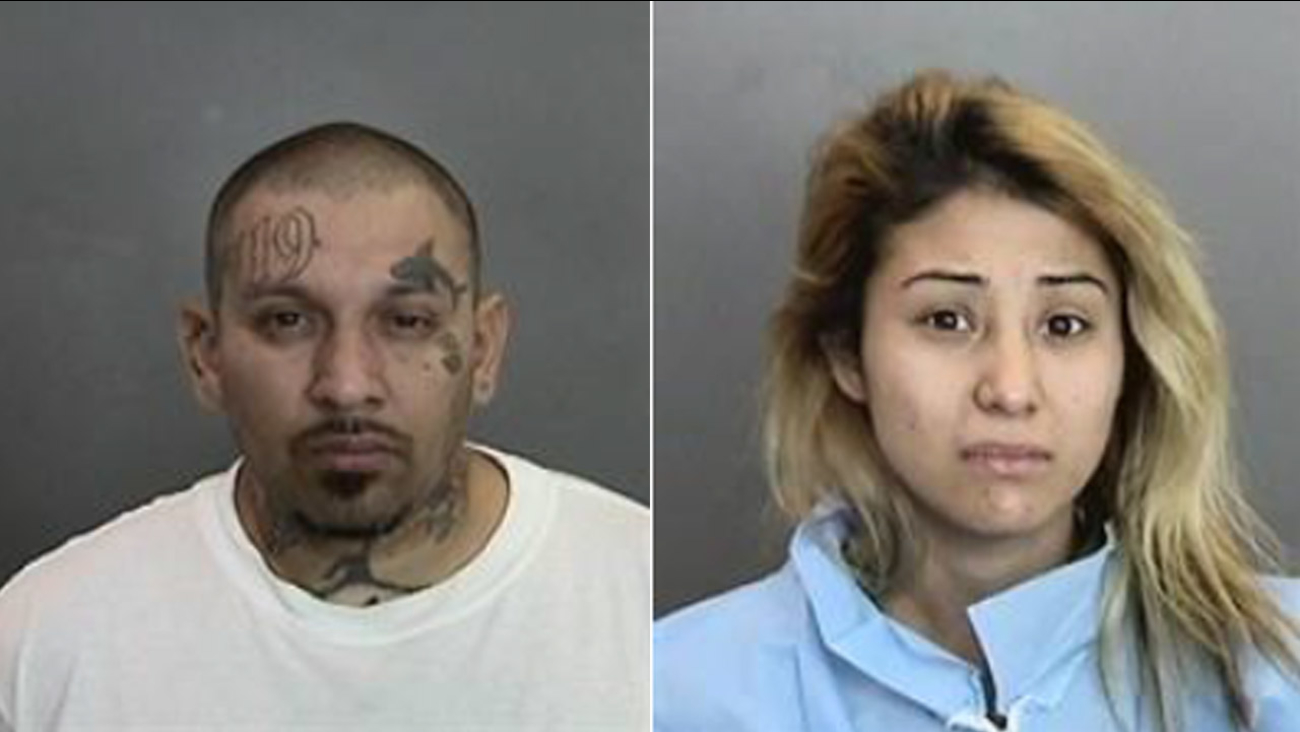 Ariel Guizar, 35, and Araceli Mendoza, 23, both of San Jose, are shown in booking photos. (KABC)

Ariel Guizar, 35, and Araceli Mendoza, 23, were arrested on Feb. 11 and booked into the Orange County Jail on suspicion of human trafficking a minor and weapons violations.

On Feb. 10, the Orange County Human Trafficking Task Force received information from concerned family members about a 15-year-old girl who ran away from Los Angeles County and was a victim of trafficking in the city of Anaheim.

On Feb. 11, the Los Angeles task force found the girl in Bellflower. During her police interview, she gave details about being a victim of human trafficking and identified at least two other victims, all three of whom were being trafficked throughout Southern California by their captor.

She also told investigators that their captor threatened violence and used a handgun to keep them working.

Later that evening, officers located the suspect's car parked at a hotel in Anaheim. Surveillance footage and an operation led to the capture of Guizar and Mendoza.

Both were arrested at the scene. Guizar is being held on $1 million bail and Mendoza on $250,000. Investigators served a search warrant into their hotel room and found a handgun, as well as two 19-year-old girls.