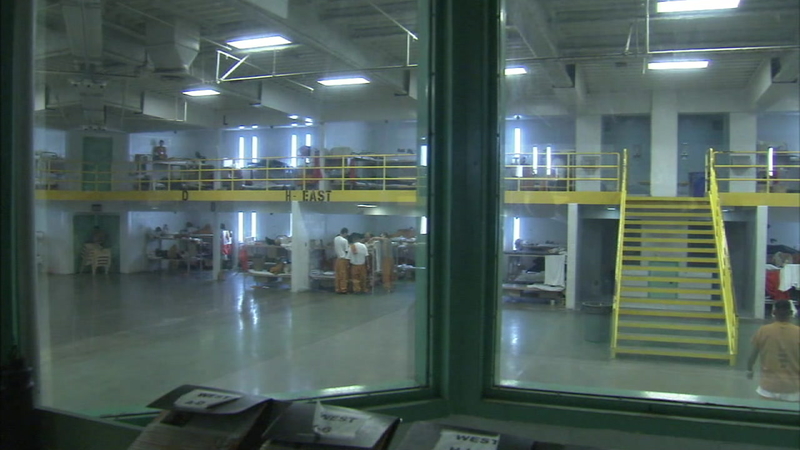 SANTA ANA, Calif. (KABC) -- Orange County supervisors are looking for answers after more than 1,000 phone calls between jail inmates and their defense attorneys were improperly recorded.

The Board of Supervisors ordered its Office of Independent Review to investigate.

"Do the investigation and bring back findings to this board as to where we are, what happened," said board Chair Andrew Do.

The discovery was revealed last month during a court hearing of Joshua Waring - the son of former "Real Housewives of Orange County" cast member Lauri Peterson.

Waring, facing attempted murder charges, was acting as his own attorney during a preliminary hearing in 2017.

"The testimony has now come out from the Costa Mesa Police Department that during that prelim, Mr. Waring's phone calls were being recorded," said OC Supervisor Todd Spitzer.

Prosecutors have recordings of 44 phone calls when Waring was representing himself. His attorney Joel Garson is now trying to get the charges dismissed due to the improper recordings.

Hutchens said any attorney can give their phone number to the OCSD so their jail calls to their clients will not be taped.

In a July 27 letter addressed to OC Sheriff Sandra Hutchens, Global Tel Link Corp., a contractor that oversees the jail phone system, said an update to the system in 2015 caused "a technical error" leading to the "inadvertent" recording of 1,079 inmate telephone calls made over an approximate three-year period to phone numbers that were designated by the county as "do not record."

"After conducting research, we have determined that the Sheriff's Department staff, and in certain circumstances GTL for investigative or technical purposes, accessed 58 of those 1079 recorded calls a total of 87 times," wrote Darren Wallace, Global Tel Link, executive vice president of operations.

During the board meeting, Spitzer asked the sheriff at least twice why the board was not notified right away.

"This letter was July 27th...why for the last 60 days did we not know the contents of this letter?," questioned Spitzer, who says he found out through the media.

"I can't control what goes into the newspaper," Hutchens told the board, explaining she was working with GTL to try to determine what happened.

"I'm not going to come to you or any member of the board unless I have sufficient information to give you at that point," said Hutchens.

The sheriff said she welcomes the OIR.

"I think that's the only way everybody will feel comfortable that this was looked at independently and thoroughly."

It's not clear how many of the calls that were accessed were listened to.

"We know a number of those calls that were recorded ..a small number..were touched in some way but we certainly can't listen to the calls to see what happened," said Hutchens.

At an earlier court hearing, a judge ordered the District Attorney's Office and the Sheriff's Department not to listen to any of the recordings that may have been in violation of attorney-client privilege. The judge also appointed a special master to review the affected calls.

Spitzer said he'll ask the board to terminate the contract with GTL, stating the company has breached confidentiality before in Florida and it was never disclosed to the OCSD or the board. The contract is up for renewal in November.