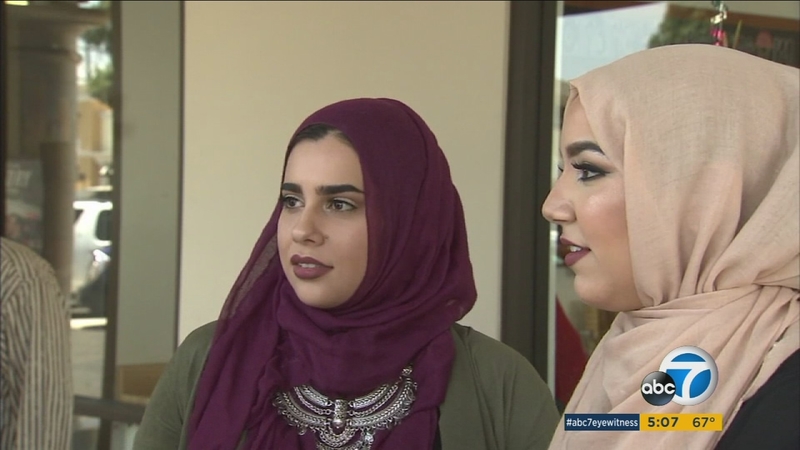 ORANGE, Calif. (KABC) -- Two Muslim women who were harassed by a customer at an Orange ice cream shop headed back to the store to show their appreciation to the owners.

The incident was captured on cellphone video of a man telling Malaak Ammari and Nura Takkish that he didn't want them in the country.

"This guy - literally out of nowhere - he just decided to start talking badly about us," Ammari said.

Cynthia Ramsay, who co-owns Andrew's Ice Cream and Desserts with her husband, said she was upset by the man's offensive comments. She wants everyone to feel comfortable in her shop.

"Usually you end up with someone joining in on the Islamophobia and bullying or harassing the Muslim, whereas in our case, we've had them defend us and show us what being an American is really about," Ammari said.

On Saturday, people packed the shop to take part in what the Los Angeles Chapter of the Council on American Islamic Relations called an "Ice Cream and Unity" event.

"It should be a big deal to be nice, to stand up for people. It should be an everyday experience that every American does," Ramsay said.