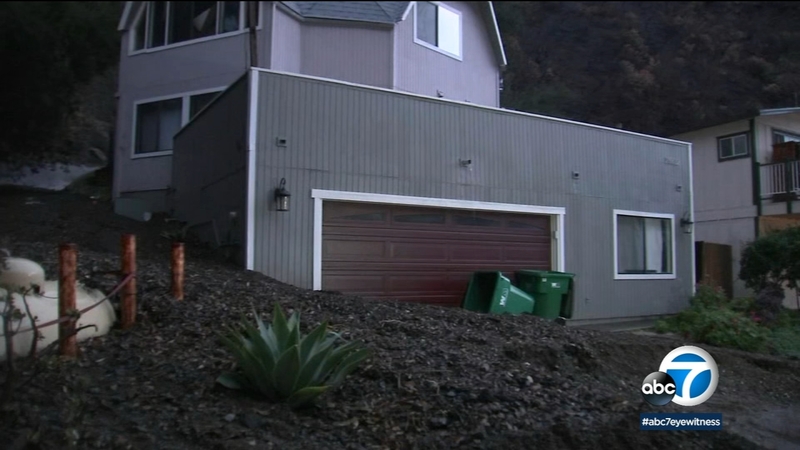 The areas under an evacuation warning are "remote'' with "one way in and one way out,'' so authorities are concerned about traffic jams at the last minute and "impassible'' roads, which would mean "essentially you're stuck,'' department spokeswoman Carrie Braun said.

The evacuation warnings affect 2,000 to 3,000 Orange County residents, Braun said. The Red Cross opened a "temporary evacuation point'' at El Modena High School, 3920 E. Spring St. in Orange, to offer resources to evacuees, such as snacks and information on available hotels and lodging. The evacuation point will not be operated as a shelter.

Storm timeline: How long will rain continue across Southern California?

Santiago Canyon road was opened only to residents east of the 241/261 interchange, and north of Ridgeline Road.

Multiple mudslides near the Silverado Canyon burn areas covered a road out of the canyon.

The mudslide along Silverado Canyon Road, near Sycamore Drive and Rancho Way, and close to the Silverado and Bond fire burn scars, was first reported about 11 p.m. Thursday.

At least three properties were damaged by mudslides and debris flow, including a massive mud pile that wrapped around the corner of a home near a hillside on Silverado Canyon Road.

Storm damage has closed sections of Hwy 1 south of Big Sur and near the Monterey County line.

This is the third time since the Bond Fire in December that homeowners Jay Parker and Katie Lynn have dealt with debris flows.

"There was a deck right there under three feet of mud and rock. There's a jacuzzi right behind that -- you can't even see it anymore," said Parker.

Straw bails and sand bags barely kept the mudflow away from their home as it dumped onto the street.

Orange County Public Works crews worked through the day to clear the way for traffic. Orange County Fire Authority Capt. Paul Holaday said the agency has all of its swiftwater units, a strike team, three bulldozers and an extra rescue helicopter ready for the storm.

At least two other homes were left with mud piles on driveways that blocked their garage.

Thursday night's storm in Williams Canyon left minimal damage, which the community credits with their preparation that includes a catch basin.

"Allowed the water to stop and the mudflow to stop and not break the road as it did in the last storm," said

Emergency crews say no injuries were reported, but warn, the threat of landslides is next.

"These hillsides are now saturated. They're like a big sponge; they took in all that water and now that's gonna dry and get heavy," said

At least 50 rain-related accidents occurred on Southland freeways Friday morning as a powerful storm moved through the region, including a tractor trailer that rolled over, caught fire and came to rest hanging over the edge of the 10 Freeway in downtown Los Angeles.

Another system is expected to move into the region by mid-week.

"f there is another storm, we're just gonna make another path for the mud to go; there's no stopping it," said Lynn.

A flash flood watch was in effect for most of Orange County through 4 p.m. Friday. Forecasters said heavy rain was expected Friday morning and included a chance of thunderstorms and rain rates topping a half-inch per hour.