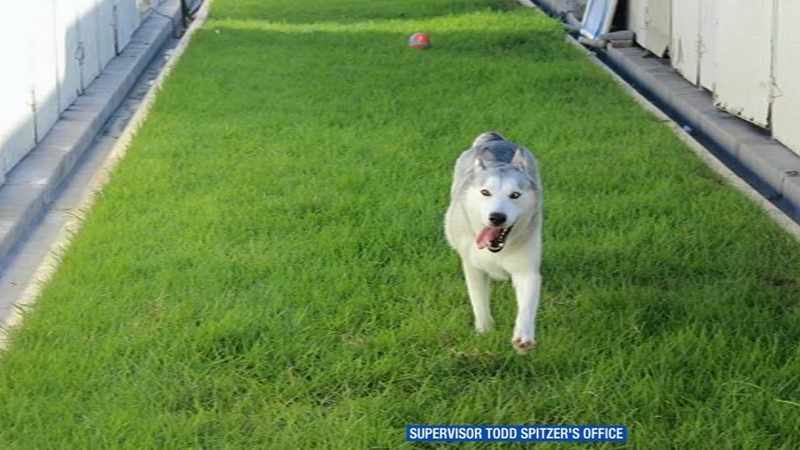 SANTA ANA, Calif. (KABC) -- An Orange County judge overruled his previous ruling Wednesday that Karma, a wolf-dog hybrid, be euthanized. Instead, she'll be sent to a wolf sanctuary in North Carolina.

The dog was impounded after its owners, Joshua and Tiffany Ogle, were arrested over a domestic dispute in May.

Orange County Animal Care officials then declared Karma vicious for allegedly killing at least one cat in 2012. DNA tests also showed Karma is part wolf and could not be properly vaccinated against rabies.

"Ultimately, it was determined that euthanasia is necessary to ensure public safety," OC Animal Care Director Dr. Jennifer Hawkins said in a statement.

At last week's board meeting, Orange County Board Chairman Todd Spitzer argued that the dog was "neglected and not fed," prompting it to hunt down cats.

Under Wednesday's ruling, the Ogles will never see Karma again, but they say that's OK.

"This whole thing that I've gone through has been traumatic, and I'm just happy to see Karma surviving at this point," Joshua Ogle said.