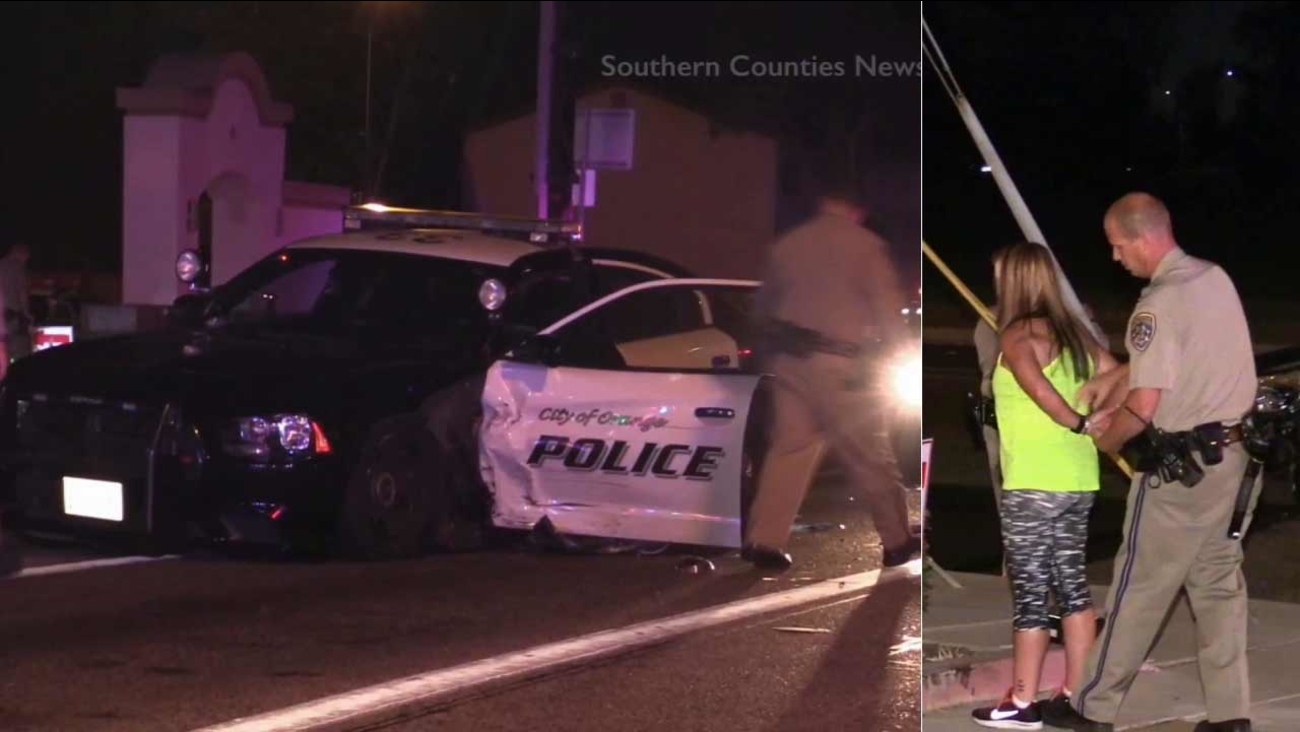 An alleged DUI driver slammed into a police patrol car near South Yorba Street and East Chapman Avenue in Orange on Monday, Sept. 28, 2015.

ORANGE, Calif. (KABC) -- A driver suspected of driving under the influence slammed into an Orange police patrol car on Monday night.

The officer was stopped at a red light near the intersection of South Yorba Street and East Chapman Avenue at about 10 p.m. when the female driver hit him, police said.

Emergency personnel pried open the doors of the patrol car to extricate the officer, who was then placed in a neck brace and transported to a local hospital with moderate injuries.