A 2-year-old girl died after two temporary walls fell on her inside the Akira store at Orland Square Mall in Orland Park Tuesday afternoon, police said.

ORLAND PARK, Ill. -- A 2-year-old girl died after two temporary steel walls fell on her inside an Akira store at a shopping mall in a suburb of Chicago on Tuesday afternoon, authorities said.

Orland Park Police Chief Tim McCarthy said a grandmother and aunt of five children were in the store on the lower level of the Orland Square Mall. The children were playing when somehow two temporary walls fell and struck the girl.

Orland Park police said officers and paramedics responded to the scene shortly before 2 p.m. Paramedics performed medical treatment at the scene, then transported the girl to Christ Medical Center in Oak Lawn where she died from her injuries.

The girl has been identified to the Cook County Medical Examiner's Office as Alexandra Martinez.

Video taken by shoppers inside of the mall shows paramedics inside the mall, one carrying a stretcher. Several people at the shopping center, including a nurse and a doctor who were nearby, attempted to help the child.

It's apparent from police and fire radio communications that several people at the shopping center tried to help.

"We're getting numerous calls about a large metal object falling on a baby at Akira in the mall," one dispatcher said.

"We're still on the phone with a caller," said another dispatcher. "They're advising they're doing CPR on a child. A mirror fell on them."

In a statement, a co-owner of Akira, which is a Chicago-based retailer, said, "We are devastated by this tragic event. We are working to collect all the details."

A spokesperson for the mall also released a statement, saying, "Our deepest sympathies go out to the family of the child. Questions regarding this tragic accident should be directed to Akira or to the Orland Park Police Department, which is conducting an investigation and can answer questions." 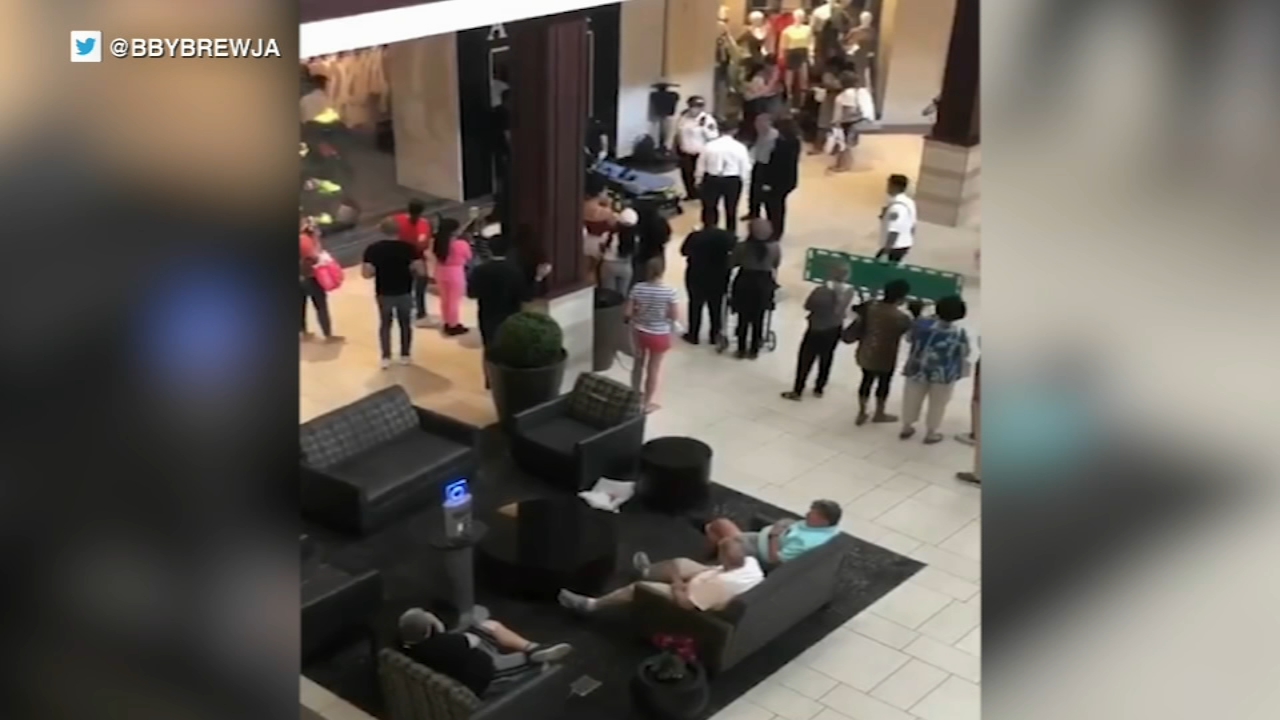