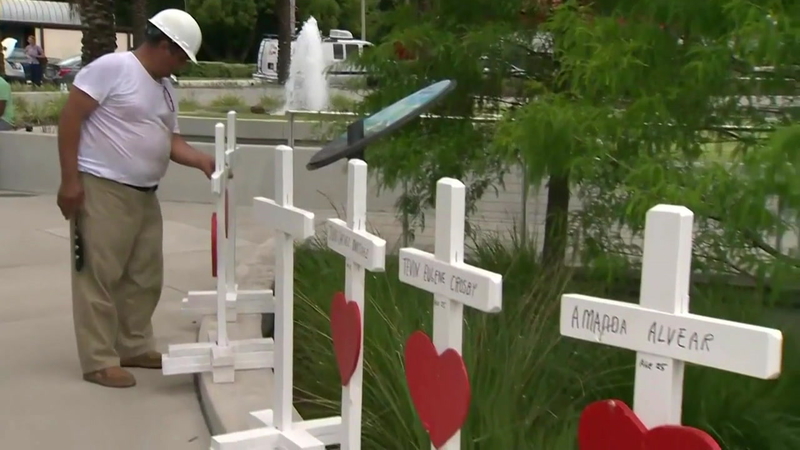 ORLANDO, Fla. -- Amid all the pain and suffering in Orlando, there are also signs of love and hope.

One of those signs is 49 wooden crosses - one for each of the victims of the Pulse nightclub shooting.

They are a labor of love from one man, Greg Zanis, who drove 1,200 miles from his home in Illinois to place the white wooden crosses with red hearts along a lake outside the Orlando Health Medical Center.

But this wasn't the first time for Zanis. He's traveled to other scenes of mass murder to deliver these special gifts in memory of their victims.

MORE: Orlando shooting survivor reunites with officer who rescued him

His hope he says is to give people a place to share a message by writing on the crosses and offering their personal condolences - a gesture that touched many who appreciated his kindness.

After people leave personal messages on the crosses, Zanis says he plans to give them to the victims' families.

As for Zanis, he sympathizes with the families of the victims because he too knows personal tragedy. His father-in-law was murdered 20 years ago.

For a closer look at the crosses and this man's labor of love, watch the video above.