How to get away with murder? Jailhouse informant, admitted killer gets sweetheart deal in Orange County 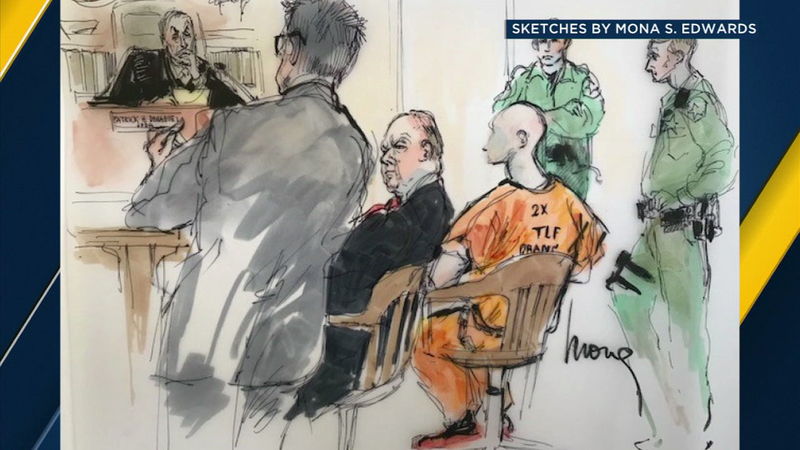 SANTA ANA, Calif. (KABC) -- Notorious jailhouse informant Oscar Moriel got what critics call a "sweetheart deal" in a Santa Ana courtroom Friday. Instead of possibly spending the rest of his life in prison, the admitted killer will be free in about three years.

Moriel pleaded guilty to one count of attempted murder with a gun enhancement as part of a plea agreement with the Orange County District Attorney's Office. Moriel was then immediately sentenced to 17 years behind bars.

Because he's been locked up since 2006, he will likely emerge from a state prison as a free man in the year 2020.

"Why are you making a deal with a guy who's a pathological liar and a serial murderer?" said Scott Sanders, the public defender known for unearthing the Orange County jailhouse informant scandal, which is still under investigation by the U.S. Department of Justice and the California Attorney General's Office.

Sanders uncovered misconduct that included hidden evidence and jailhouse informants being used to illegally question inmates who've already been charged or have an attorney - what's known as a Massiah violation.

One hidden piece of evidence was a recording of Oscar Moriel offering his services as a "snitch" to the Santa Ana Police Department in February 2009.

Moriel told detectives he could help them crack two cold-case murders, but there was a catch.

"Yeah, we're going to have to meet halfway here. What that means is, I might be able to help you out if my memory can fall back into place," Moriel said in the jailhouse recording.

"In that recording, he's saying I'll enhance your memory if you'll enhance the deal," Sanders told Eyewitness News after court on Friday. "That's the people who are getting deals from the D.A.'s office?"

Moriel, 37, is an unlikely ally of law enforcement. He's admitted to "hunting" his targets, mostly in Santa Ana. In 2013, he testified under a grant of immunity in another case that's he's killed five or six people.

The former Delhi gang member has been locked up since 2006 after his arrest for the attempted murder of alleged rival gang member Joel Elias. He began working as a confidential informant in 2009.

In court on Friday, a prosecutor with the Orange County District Attorney's Office and federal prosecutor Joe McNally praised Moriel's work as an informant, saying he'd likely saved at least one life by intercepting a jailhouse note meant to order the killing of a rival member of the Mexican Mafia.

"He became a critical informant, there is no way you can break into these types of conspiracies except with the few informants that are on the inside," said Deputy District Attorney James Laird.

"It led to 53 indictments. It led to decapitating La Eme operatives, the leaders in La Eme, which was Peter Ojeda at the time," Laird said.

Moriel testified against Mexican Mafia leader Peter Ojeda in 2015, but it's his testimony in other cases that drew scrutiny because detectives and sheriff's deputies allowed Moriel to elicit confessions from other inmates in a way that violates the law. Several cases unraveled as the misconduct came to light.

"He violated the rights of inmates at the time," Laird said. "That's due to police misconduct and the police at the time not following the law. Oscar Moriel was asked to do what he was told to do and he didn't know about constitutional law."

Because Moriel admitted to those five or six killings while testifying under an immunity agreement, the district attorney's Office said it cannot use that information to prosecute the murders Moriel said he committed.

"We cannot use immunized testimony to discover evidence," Laird said.

Reporters pressed Laird on why the D.A.'s office did not make Moriel's cooperation a condition of the plea deal. Even if he couldn't be prosecuted, it could mean closure for families of the victims.

"Why not?" asked Daily Journal reporter Meghann Cuniff. "Do you not think that he actually killed people?"

"I take Mr. Moriel pretty much at his word," replied Laird.

"They don't want these crimes solved because it's too embarrassing to be doing deals with a serial murderer."

Laird told reporters outside court that the Santa Ana Police Department had been tasked with looking into the murders Moriel said he committed, but the department had "exhausted all leads" after a couple of months and come up empty.