5 memorable moments from the 2017 Oscars 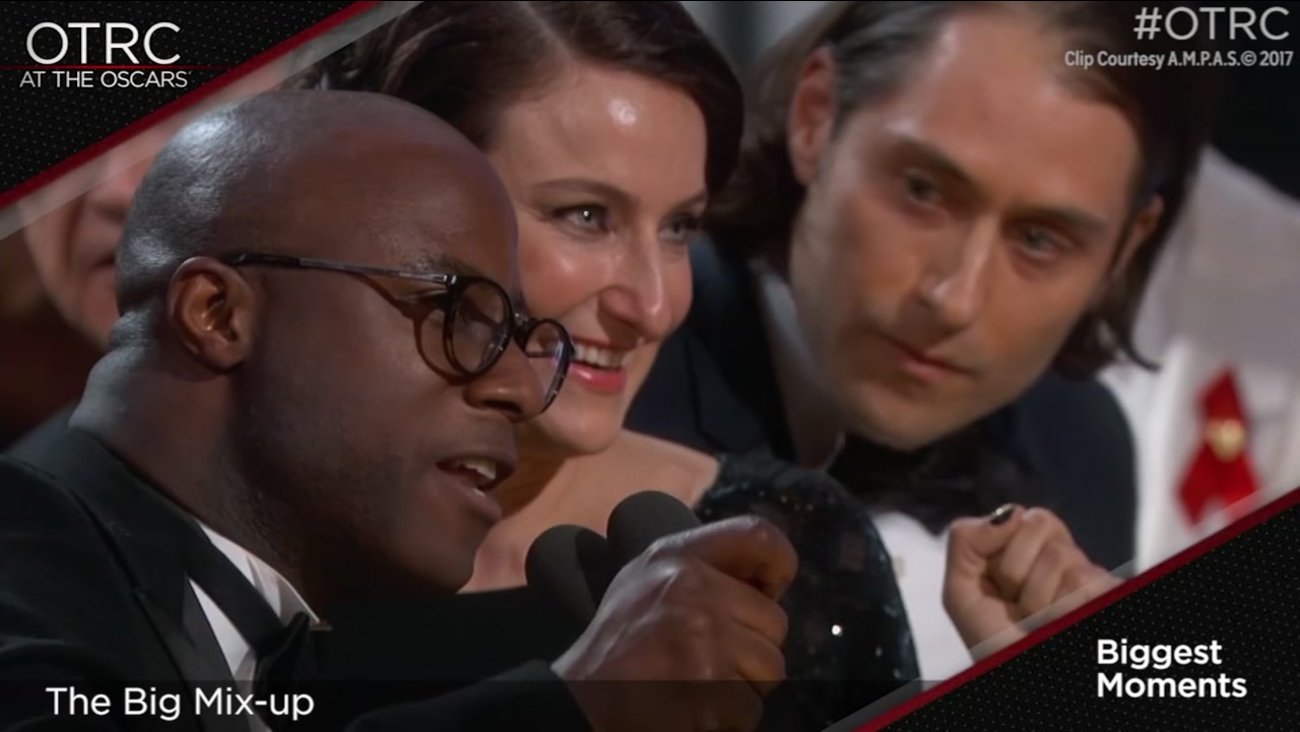 From hilarious tweets to a jaw-dropping ending, these are the biggest moments of the 2017 Oscars.

HOLLYWOOD, LOS ANGELES -- The 2017 Oscars will go down as one of Hollywood's most unforgettable nights. With host Jimmy Kimmel holding the reins, the stars in the crowd and the millions at home watched as the Oscars packed several shocking, hilarious and politically charged moments.

While there were many big moments, these were the top five:

1.) "Moonlight" mix-up
A mistake that will undoubtedly go down as one of the biggest in awards show history, Faye Dunaway and Warren Beatty mistakenly announced "La La Land" as the winner for best picture. But it appeared they had received the wrong card, and "Moonlight" had in fact taken the top prize. The mix up sent Hollywood into a frenzy and had social media buzzing. 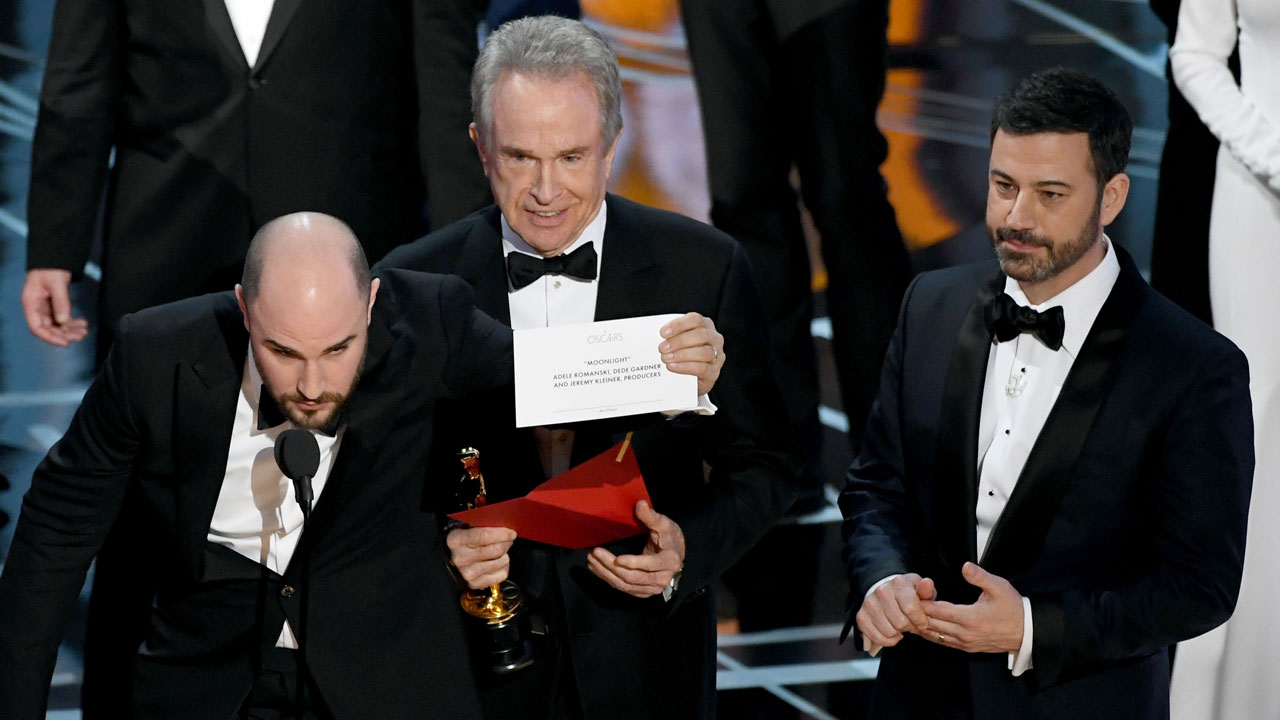 'Moonlight' wins Best Picture after Oscars mix-up
In an entertainment-packed Oscars, "La La Land" was mistakenly announced as the best picture winner before the Oscar was rightfully given to the coming-of-age drama "Moonlight."
2.) Tourists get surprise of lifetime
Tourists riding a Hollywood tour bus were treated to the surprise of their lives as they visited the 89th Oscars ceremony. The tourists were informed they'd be going to the Dolby Theatre for a special exhibit featuring dresses and gowns worn at the Oscars. But what the unsuspecting visitors didn't know was they were about to enter Hollywood's biggest awards ceremony and would see the movie stars up close. The tourists took selfies with the actors and actresses, and Mahershala Ali even let them touch his Oscar award.

Tourists surprised with visit to Oscars ceremony
Unsuspecting tourists aboard a Hollywood tour bus were treated to the surprise of their lives with a trip to the 89th Oscars ceremony.


3.) Jimmy Kimmel and Matt Damon rivalry
Kimmel used the spotlight during Hollywood's biggest night to go after his longtime "nemesis." During his opening monologue, Kimmel appeared to be burying the hatchet until he unleashed on Damon. "I've known Matt for a longtime. I've known Matt for so long that when I first met Matt, I was the fat one," Kimmel said. While the tourists were meeting the stars, Kimmel told the visitors to "ignore the jerk" while motioning to Damon. Finally, as Damon went to present an award on stage, Kimmel conducted the band to play the infamous Academy Awards wrap music.

"WRAP IT UP!" - @Jimmykimmel playing Matt Damon off the stage while he reads nominations. #Oscars https://t.co/IO2gce8Qga pic.twitter.com/bmrVyCwMuI

4.) Meryl Streep receives standing ovation
During his opening monologue, Kimmel addressed the legendary actress who received her 20th Oscar nomination. "(She) has stood the test of time due to her very uninspiring and overrated performances," Kimmel quipped, referencing a tweet Trump sent in January following a speech from the actress at the Golden Globes. Streep received a standing ovation, leading Kimmel to ask if she was wearing a dress from the Ivanka Trump collection.
Jimmy Kimmel grills Damon, Trump in Oscars opening monologue
Jimmy Kimmel used his opening monologue at the 89th Oscars to bring a message of unity to Americans while taking several shots at President Donald Trump and his 'nemesis' Matt Damon.


5.) Jimmy Kimmel tweets at President Donald Trump
Kimmel took some time out his busy night to tweet at President Donald Trump. The host walked out on stage with his cellphone projected onto a large screen in front of the crowd as his thumbs quickly went to work. He first asked Trump if he was up, then told him that Meryl Streep said hello. Kimmel's tweets quickly went viral, amassing more than 330,000 retweets in less than 30 minutes. Kimmel also took several shots at the president during his opening monologue.