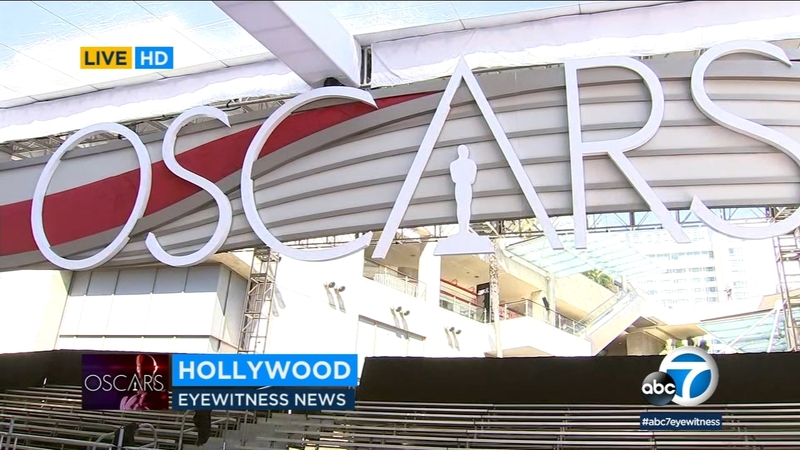 For the first time in 30 years, the Oscars will be host-less. Instead, the show will open with a performance by Queen. "The Favourite" and "Roma" lead the pack of nominated films with 10 apiece, while Marvel's "Black Panther" is also vying for the night's top honor, a best picture breakthrough for comic book films. Watch ABC7 for complete coverage of Hollywood's biggest night.

WHO are the nominees?

Among the notable nominees are Netflix's art piece Roma, which walked away with 10 nods. This was tied for the most with witty British comedy The Favourite. Black Panther, the most popular film at the box office in 2018, became the first superhero movie to be nominated for Best Picture.

Among the snubs was Bradley Cooper, who did not get nominated for his directorial debut, A Star Is Born, even though he was considered a strong directing contender.

WHAT channel are the Oscars on?

The Oscars will air LIVE on ABC7.

WHEN are the Oscars?

Where do the Oscars take place?

As in years past, the ceremony will take place at the Dolby Theatre in the heart of Hollywood.

If you have cable or an antenna, you can watch the Oscars on ABC. You can livestream the Oscars at abc.com or through the ABC app.

STREAMING SHOWS
There will be a streaming show covering the Oscars red carpet that you can watch on otrc.com/live.

Get all your Oscar news at abc7.com/oscars.