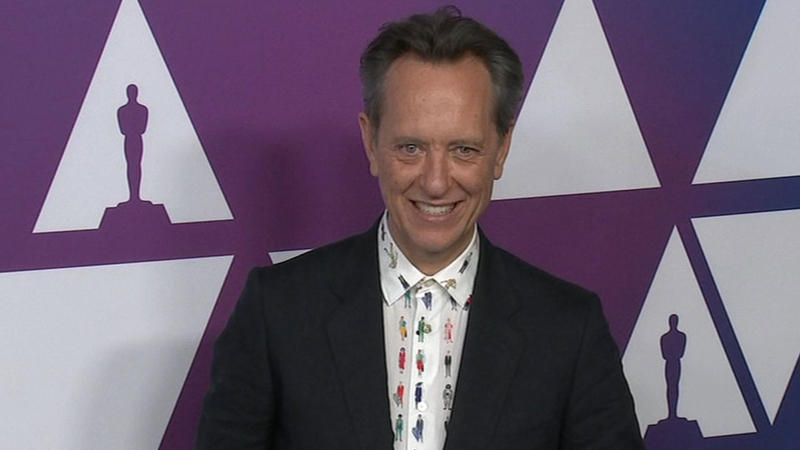 LOS ANGELES -- Oscar nominee Richard E. Grant has plenty of reasons to smile. The veteran actor is having the time of his life, thanks to all the acclaim he's receiving for playing a pal to Melissa McCarthy's novelist who turns to forgery in the film "Can You Ever Forgive Me?"

"She is my best friend. It was instant platonic love. Unfortunately, she is married already and I'm married already but we are in love with each other and she's having my triplets in August," laughed Grant.

"Can You Ever Forgive Me?" is based on a true story. And while Grant is enjoying this moment, he is also sharing it with everyone else who worked on the movie.

"You know as well as anybody, you never do anything in isolation. You rely on everybody around you," Grant said. "So you're as good as the people that you play with so, you know, like your great poet Emerson said, that 'A man is judged by the company he keeps' -- and I couldn't have chosen or wished to be in better company than this group of people."

During Grant's long career, he's been in dozens of films. Among them: "The Player," "Bram Stoker's Dracula," and "Gosford Park."

"I know that the majority of actors never get nominated or awarded things and, you know, I am one of those," Grant said. "So to have all of this suddenly happen, you know, in my 62nd year, is a complete astonishment to me."