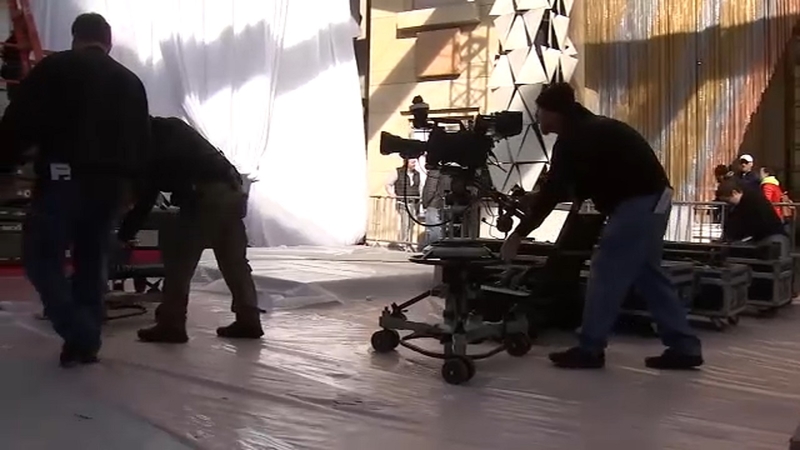 HOLLYWOOD, California -- The man who produced more Oscar shows than anyone else always said the ratings for the big show were determined by the popularity of the movies that were nominated, and the late Gil Cates was in charge, on a night in 1998 when history was made.

When James Cameron won an Oscar for directing "Titanic" and his movie was called The Best Picture, more than 55 million people were watching, and the Oscar show scored the highest ratings in its history. The movie that was the biggest hit of all time, drew the largest audience for the Academy Awards, and the hope is this year, when three blockbusters are in the running, the number of people watching will increase compared to last year.

Students at the Harlem School of the Arts will be watching. Devon Graves, a student said he would definitely be tuning in this year, "Definitely. I'm rooting for 'Black Panther'. I'm rooting for black actors and for black people. Yeah!"

It's the first superhero movie ever to compete for Best Picture.

Alan Horn, Chairman of Walt Disney Studios said, "there is no conflict between having a film that is a big crowd pleasing movie and also have a movie that the critics will enjoy and will be recognized for its qualities."

"Black Panther", "Bohemian Rhapsody", and "A Start Is Born" have made a combined total of one and half a billion dollars in the U.S. & Canada.

Bradley Cooper of "A Star Is Born" said, "I sort of look at it like it's an Oscar race that has some wonderful movies in it."

Bradley Cooper and Lady Gaga will perform their duet called "Shallow" from the film, live on the Oscar broadcast, which could draw millions of their fans - add to that a show that will be shorter, and the hope is the slide in the ratings can be reversed.

There will be no host on Sunday night, and this is not the first time that has happened. The last time this was tried was 30 years ago when Snow White sang a duet with Rob Lowe. That didn't go so well, but it might be time for a re-do!
Report a correction or typo
Related topics:
arts & entertainmentcelebrityoscarsacademy awardsentertainment
Copyright © 2022 KABC Television, LLC. All rights reserved.
TOP STORIES
Blink-182's Travis Barker reportedly hospitalized in LA
Father, 10-year-old son found dead next to car in Chatsworth
Shooting suspect barricaded inside South LA apartment complex
FTC sues Walmart over scammers' use of money transfer services
Giuliani associate to be sentenced for violating campaign finance laws
Source of mysterious lights over San Diego identified
Biden administration plans to send out thousands of monkeypox vaccines
Show More
California gun owners' personal information exposed in data breach
Migrants in search of a better life continue to die on their journeys
SoCal woman opens home to women from other states seeking abortion
Carbon monoxide killed 3 tourists at Bahamas resort, police say
Woman dies after being shot on 710 Freeway in Long Beach
More TOP STORIES News