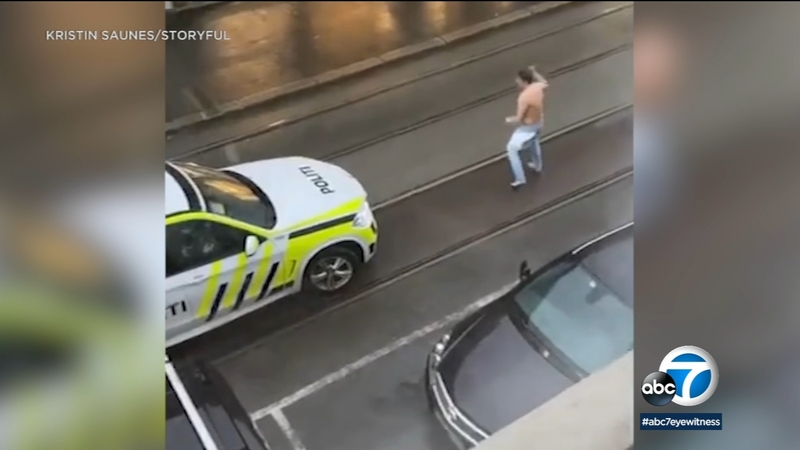 OSLO, NORWAY (KABC) -- Police in Norway's capital shot and killed a knife-wielding man after a chaotic confrontation was captured on camera.

At one point an officer intentionally hit the man with a car.

Police say the man was threatening people with the knife in Oslo. They tried running him down to stop him.

What's not caught on camera is the man later rushing the police car and opening the passenger door.

That's when officers opened fire on the man.

He later died at a hospital.